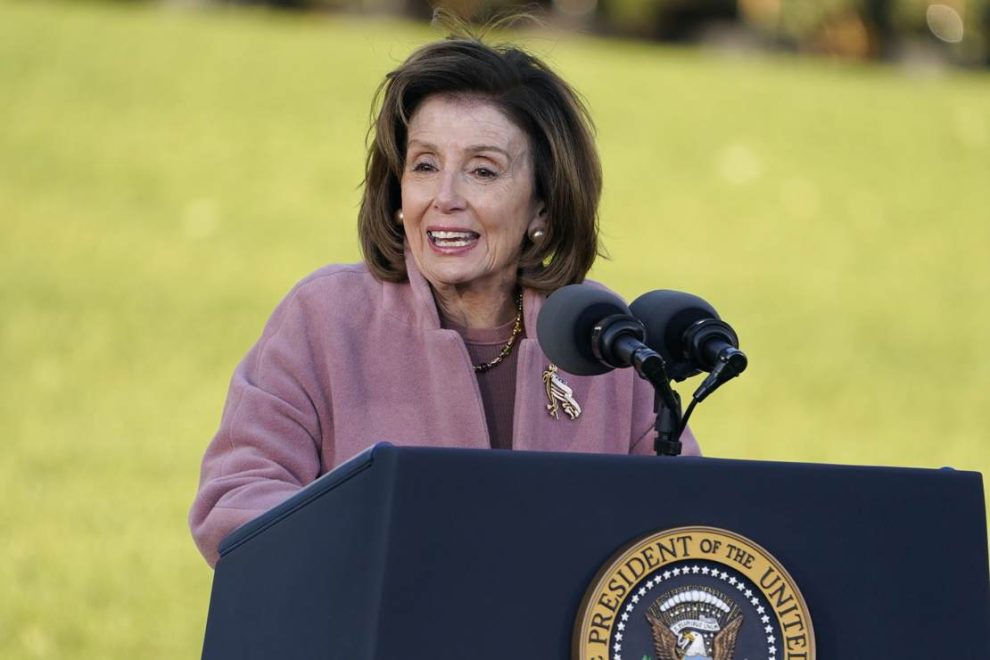 While I am aware that term limits aren’t the cure-all that most people think they are, the cockroach-like career of House Speaker Nancy Pelosi occasionally makes me revisit the viability of the issue.

The death grip that Pelosi has had on the upper echelon of the Democratic party for 15 years is truly stunning, especially given the monumental electoral clocking the Democrats took in the 2010 midterms during her first incarnation as Speaker. A lesser politician wouldn’t have just been run out of leadership but out of Washington altogether.

It’s enough to make one ponder whether Pelosi might have compromising photos of a lot of important people.

I’ve paid a lot of attention to Pelosi since she first became Speaker and I’ve always been stunned by the fact that the woman is an absolute train wreck whenever she’s near a microphone or a camera. Long before we were being subjected to the incoherent ramblings of the village idiot in the Oval Office right now, Granny Boxwine was barfing up word salads on the regular.

On the rare occasions that she does make sense, she says something remarkably stupid, like giving a wink-wink, nudge-nudge to the illegal practice of harassing Supreme Court Justices at home, which Rick wrote about. Here’s his conclusion from that post:

But Pelosi’s veiled threats against the justices, claiming that some anger is justified and should be encouraged, puts the Speaker outside the lines of acceptable behavior in a volatile political atmosphere.

This is on-brand for Pelosi, she doesn’t miss any opportunity to be on the riot-inducing side of a hot-button issue.

Robert wrote a column yesterday that showcases our girl Nan at her most ridiculous, finding her waxing nostalgic about a Republican party that must have existed in a parallel universe. She says she wants to “persuade” the “Republican party to take back the party, take it back to where you were when you cared about a woman’s right to choose, and you cared about the environment, and all, and all the great,” and then she trails off into another box of Franzia.

Ah yes, the good old days when the Republican party was pro-abortion and in favor of big government environmentalist meddling crippling the American economy. When exactly was that? Well, no doubt Pelosi longs for the days when Nelson Rockefeller, John Anderson, and George H. W. Bush gave us a Republican party that was essentially the same as the Democrat party, and that group is still very much with us, as Mitt Romney, Liz Cheney, and Lisa Murkowski remind us at every opportunity.

Most people would be forced to undergo concussion protocols for having fond memories of a pro-abortion GOP. For Pelosi, it’s just another day at the Nonsensical Cafe.

The Democrats’ reward for sticking with Pelosi is that they’re headed for another midterms shellacking in the House over which she will be presiding.