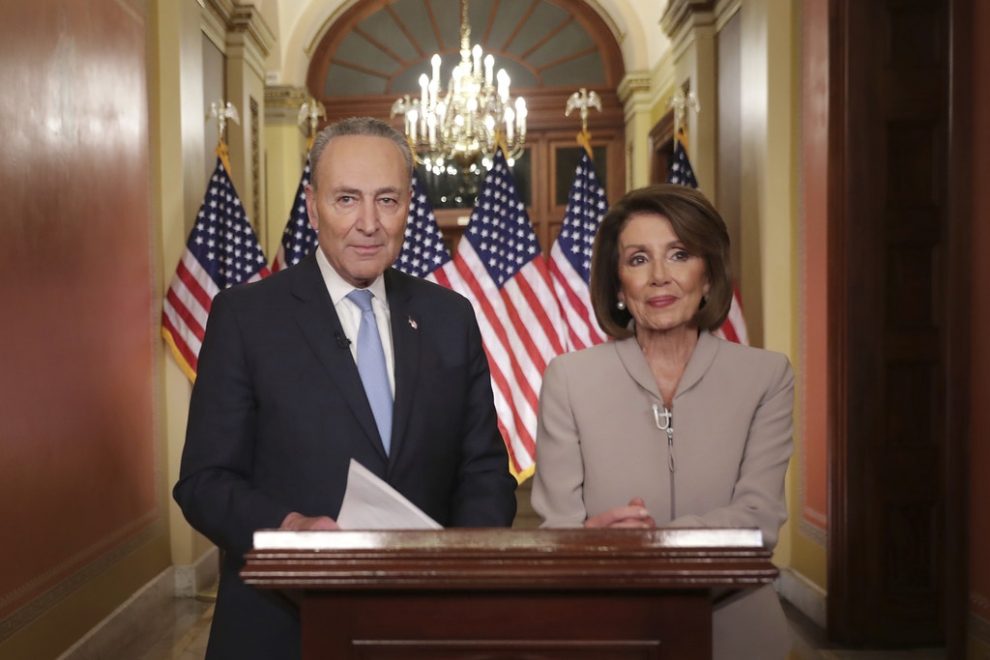 Wednesday at a pro-abortion rally, Schumer said, “I want to tell you, Gorsuch. I want to tell you, Kavanaugh. You have released the whirlwind, and you will pay the price! You won’t know what hit you if you go forward with these awful decisions.”

A reporter asked, “Madam Speaker Chuck Schumer said that Neil Gorsuch and Brett Kavanaugh would quote ‘pay the price’ for voting against abortion rights. Were those comments appropriate in your view?”

Pelosi said, “Well, I believe he also said on the floor today that his words were not appropriate, and I support him in that. It’s unfortunate because, as you see, I think Republicans say it’s OK if the president does it, but it’s not OK for other people to do it. It wasn’t right for anybody to do it, and Chuck recognized those words.”