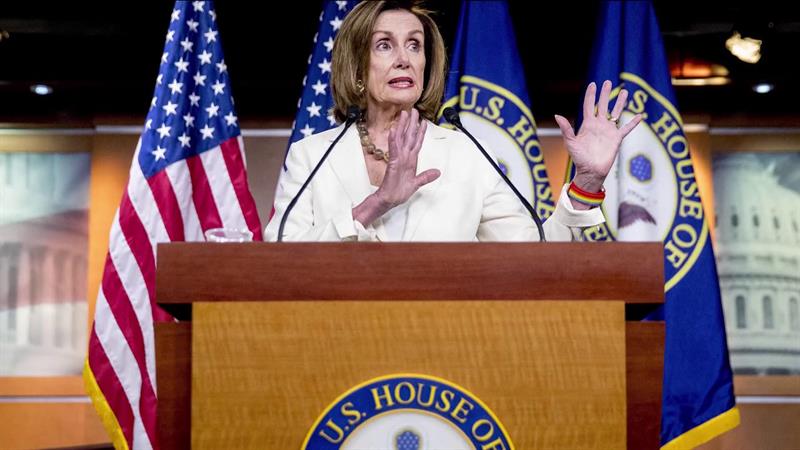 The chatter at Netroots Nation, a progressive gathering that attracts thousands of people each year, was expected to be on the rising influence of the left on the 2020 presidential election. But frustration with House Speaker Nancy Pelosi, once considered an avatar of San Francisco liberalism, has emerged as a constant theme ― centered on her recent criticism of progressive members of her caucus.

“She doesn’t act this way when Blue Dogs say stupid shit about other Democrats and about the party and constantly criticize the party,” said Markos Moulitsas, the founder of the popular liberal blog Daily Kos, referring to a group of conservative House Democrats. “For some reason, she’s singling out these four for a special brand of conflict. It doesn’t make any sense.”

Progressive discontent toward the California Democrat has been simmering for months, with the feeling that the speaker has been putting the interests of the more conservative members of the caucus over the priorities of the left. She has pushed off pursuing impeachment of President Donald Trump and been slow to embrace ideas like the Green New Deal and “Medicare for All.”

But it burst into the open when Pelosi gave an interview to The New York Times, dismissing the power of four of the biggest progressive stars in the House: Reps. Alexandria Ocasio-Cortez (N.Y.), Ilhan Omar (Minn.), Ayanna Pressley (Mass.) and Rashida Tlaib (Mich.).

The four women believed a House measure to provide emergency funding for the migrant crisis at the border didn’t provide sufficient restrictions on how the Trump administration could spend the money. They were further incensed when the House later passed the weaker Senate version of the bill, after moderates signaled that they would provide the votes to support it.

Omar said a vote for the bill was “a vote to keep kids in cages and terrorize immigrant communities.”

“All these people have their public whatever and their Twitter world. But they didn’t have any following. They’re four people and that’s how many votes they got,” Pelosi said when asked about some of their comments, expressing her displeasure that they voted against the emergency funding legislation ― and then chastised colleagues who did back it.

Omar, Pressley and Tlaib, along with Rep. Deb Haaland (D-N.M.), spoke on a keynote panel Saturday morning and received a boisterous standing ovation.

“The women of color who entered Congress ― they’re more than four votes,” said Aimee Allison, founder of She the People and moderator of the panel. “For millions of us, [they] represent blood, sweat and tears for us to have representation. They represent the best of American democracy.”

“And yet, if you’ve read the news, they’ve faced attacks all year from the right wing and from Democratic Party leadership,” she added to boos from the crowd.

“As a young person ― I’m 19 ― I feel like I can relate to the four people we heard speaking today better than Nancy Pelosi, and it makes me angry that that is the leadership the Democratic Party is basically putting up,” Damen Alexander, an African-American political consultant from St. Louis, told HuffPost after the panel.

Pelosi’s comments to The New York Times infuriated progressive members of the House and their allies and escalated the long-brewing spat. Rep. Mark Pocan (D-Wis.), co-chair of the Congressional Progressive Caucus, tweeted that moderate Democrats might as well be members of the “Child Abuse Caucus” for supporting a weaker Senate version of the border funding.

But moderates, too, were incensed by the public criticisms that their progressive colleagues were lobbing their way, implying that they didn’t support immigrant children and wanted to hurt them.

A senior Democratic aide said there’s been long-standing frustration at the positions and comments of “the squad” ― as Ocasio-Cortez, Omar, Pressley and Tlaib are known ― making it harder for the moderates to take positions they believe best represent their districts and will help them win reelection.

Netroots has never been the friendliest group for Pelosi, generally being a crowd that likes to root for outsiders. (The last time Pelosi spoke at the conference was in 2013.)

But the frustration with her this year was more pronounced than in the past. And many of the liberal activists here ― including some who supported her fight to become speaker when Democrats took back the majority in the 2018 elections  ― are baffled as to why she and her leadership team are aggressively picking fights with the progressive members.

Speaking at a panel on Friday, Rep. Pramila Jayapal (D-Wash.), a co-chair of the Congressional Progressive Caucus, tried to defend the pragmatic governing philosophy she argued was behind Pelosi’s comments. But even she had to admit that the remarks were counterproductive.

“I don’t think those comments were helpful to a broader picture of how we build progressive power in the House and what it looks like relative to overall Democratic power,” she said.

Sen. Jeff Merkley (D-Ore.) blamed Pelosi for the fact that, ultimately, a less progressive version of the border funding legislation ended up passing the House.

“She is the leadership, so that’s where the responsibility rests,” he said during a Netroots discussion moderated by HuffPost on Friday, eliciting oohs and aahs from the audience.

“The House has to carry its weight to restore the values of America. It failed on this occasion,” he added, noting that a Democrat-controlled House should not be passing legislation that’s a coalition of Republicans and conservative Democrats.

Jayapal said the Senate shares a fair amount of the blame since a majority of the Democrats in the upper chamber voted for the bill.

Pelosi had chastised her caucus members behind closed doors this week to stop tweeting their intraparty grievances and had indirectly criticized Ocasio-Cortez’s chief of staff for going after Pelosi and the moderate members on Twitter.

But on Friday, the official Twitter account of the House Democratic Caucus tweeted an attack on Saikat Chakrabarti, Ocasio-Cortez’s chief of staff. Chakrabarti, who is also a person of color, had criticized a position taken by Rep. Sharice Davids (D-Kan.) in a late June Twitter discussion, which the House Democrats’ account resurrected.

“It’d be nice if everybody would just stop tweeting for a while,” Haaland, a freshman member and one of the first Native American women elected to Congress, told reporters after her panel Saturday morning.

Former Rep. Donna Edwards (D-Md.), who was a favorite of the Netroots crowd, cautioned in a Washington Post op-ed on Saturday that Pelosi needs to learn how to work with this new class of progressive fighters, but also gave a defense of the speaker.

“I came to Congress fighting with the old establishment, but within months I came to realize that Pelosi can work for us even as she works to protect moderates,” Edwards said. “I learned quickly that I could not fall on every sword.”

Both sides have been noting the racial politics of the fight.

Members of the Congressional Black Caucus have come to Pelosi’s defense ― upset that Ocasio-Cortez and her allies in the Justice Democrats are targeting one of its members in primaries.

But Ocasio-Cortez has called out Pelosi for going after the four members, who are all high-profile women of color.

Credo Action, a progressive group at Netroots, also noted the bad optics of Pelosi singling out these women.

“We deserve better than white Democratic leaders who are willing to throw people of color under the bus to maintain their privilege,” Credo Action Co-Director Heidi Hess said. “Nancy Pelosi needs to stop trying to shame and silence the progressive women of color in her caucus, stop enabling the moderates who want to compromise with Republicans’ extremist agenda, and start leading her caucus with the urgency of someone who actually cares about the communities Trump is attacking every day.”

While the presidential election is still 16 months away, there were also warnings from progressives that excessive criticism of their ilk could discourage young people and people of color from voting.

“I think Pelosi needs to be very careful about making it seem she’s denigrating the very people that deliver us the young and people of color votes that we have such a hard time turning out,” Moulitsas said. 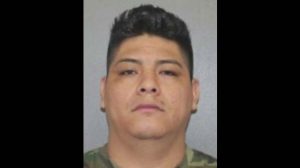 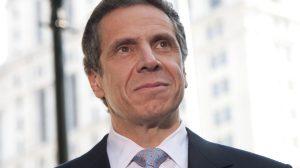 Andrew Cuomo: Trump Is Fomenting Hate — Now We See It in Hanukkah Attack 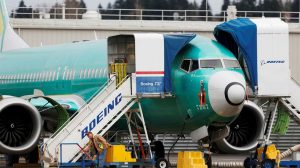