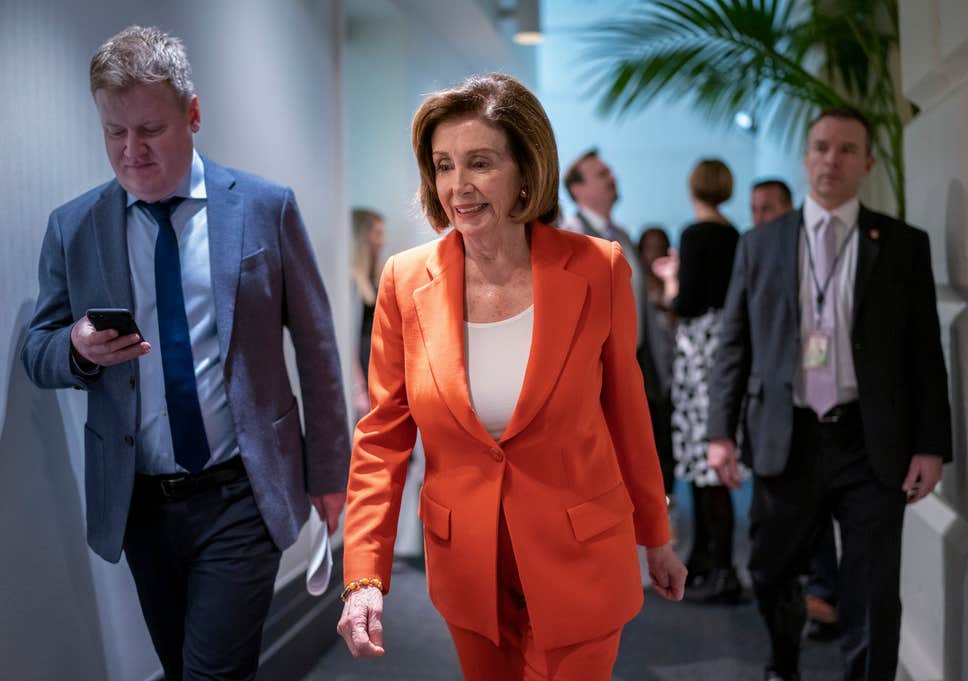 House Speaker Nancy Pelosi (D-CA) called President Donald Trump “the most dangerous person” in our country’s history, urging Democrats to show up at the polls in November to defeat Trump.

“We have the most dangerous person in the history of our country sitting in the White House,” Pelosi, who appears on the cover of the “Hollywood and 2020 election” issue of Variety, tells the entertainment industry magazine in a long-form profile interview Tuesday.

“That’s different from what happened in 2016,” Pelosi added.”People thought Hillary [Clinton] would win so they didn’t all turn out. Nobody could possibly think that somebody like Donald Trump could be elected president of the United States. But if you don’t turn out, those who do turn out will call the shots.”

The House Speaker says she has a problem with Trump because “he doesn’t tell the truth, he doesn’t honor the Constitution, and he’s harming children.”

“My whole message is about children. Anybody who hurts children — I’m a lioness. Watch out,” the 17-term lawmaker says.

Pelosi has always been one of Trump’s biggest critics, from when it comes to policy to straight-up politics. The House speaker most recently disagreed with Trump on his response to the coronavirus, calling it a “chaotic response” to the global outbreak.

She also made headlines when she ripped up her copy of the State of the Union Address, which she said in a later interview was mainly done to get attention.