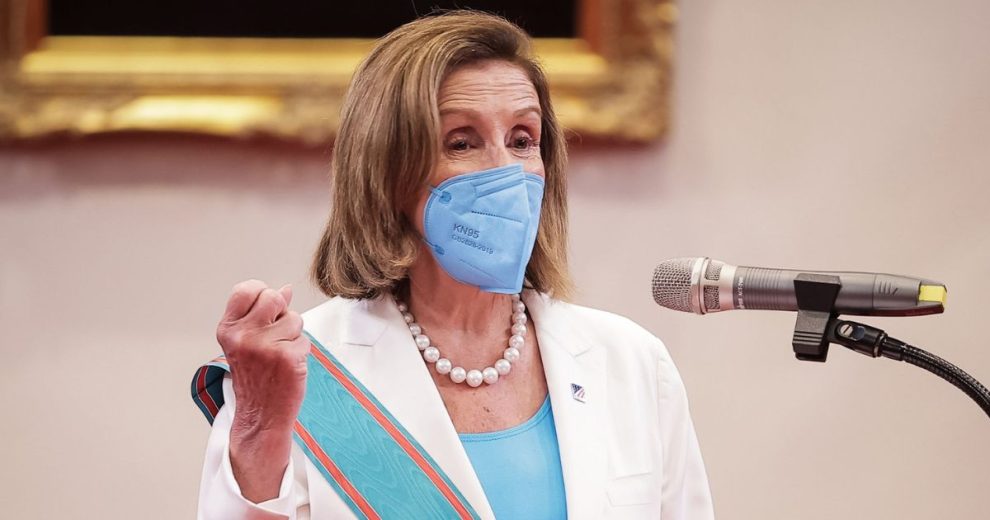 House Speaker Nancy Pelosi on Wednesday made her highly contentious visit to Taiwan an exercise in gender politics.

During remarks at an event with Taiwanese President Tsai Ing-wen, the California Democrat said China did not unleash clouds of bellicose rhetoric, as it has on the subject of her visit, when other members of Congress visited the island, according to Bloomberg.

“They made a big fuss because I’m the speaker, I guess. I don’t know if that was a reason or an excuse,” Pelosi said. “Because they didn’t say anything when the men came.”

Pelosi used the occasion of her trip to praise women rising in power.

“It’s a great pride for us today, the first woman speaker in the House meeting the first woman president of Taiwan. We have some enthusiasm for that,” she said in Taipei.

In her remarks, Pelosi also issued shoutouts to Democratic Rep. Suzan DelBene, a member of her delegation, and Sandra Oudkirk, director of the American Institute in Taiwan, which functions as the unofficial point of contact for U.S. relations with Taiwan. The United States, bowing to Chinese sensitivities, does not maintain formal diplomatic relations with Taiwan.

See also  Dodge Ending Production Of Iconic Muscle Cars To Push Forward With Electric Vehicles
→ What are your thoughts? ←
Scroll down to leave a comment: