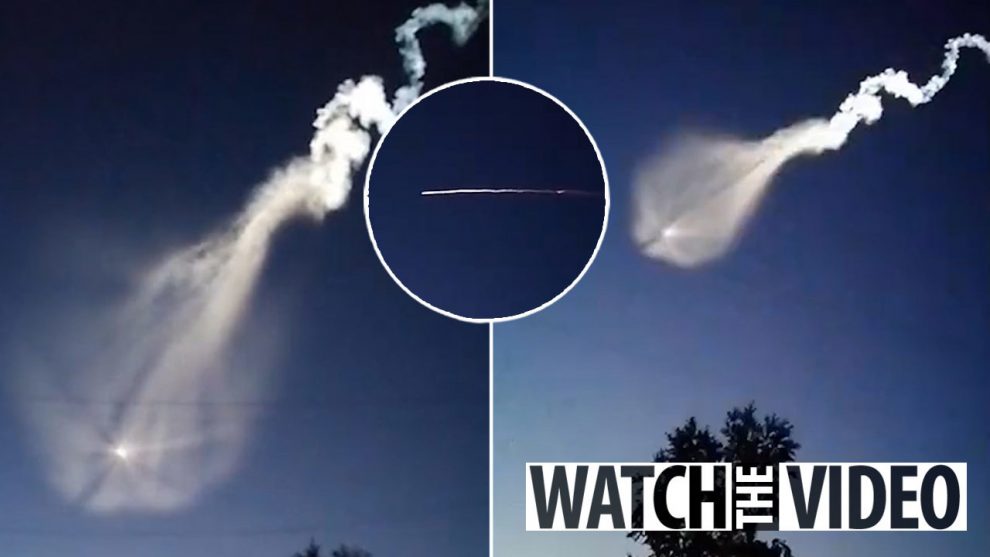 A MYSTERIOUS “jellyfish-shaped object” which suddenly appeared in the Earth’s atmosphere has stunned local Russians.

Residents in the Amur Oblast region spotted the glowing object flying overhead last month, and released a video of it online.

In the footage, published on YouTube by Viral Hog, the comet-like object can be seen hurtling towards the Earth as stunned onlookers revel in its beauty.

A young boy, accompanied by his friends, can be heard calling out in his native Russian as he points towards the starry sky.

He then zooms in to get a closer look at the glowing object – which is spearheaded by a shiny point.

In the video’s caption, the user explains: “My friends and I saw the movement of some object in the sky, it looked like a comet, but it flew slowly and we realized that it was some kind of rocket or flying machine.

“A little later it exploded and a pattern in the form of jellyfish was formed, we even heard some kind of sound similar on blast.”

Soon amazed stargazers took to the comments section to speculate as to what the object could be.

Twitter
See also  Dramatic Images of Erupting Sea Emerge from Europe-Russia Nord Stream Pipeline ‘Leaks’
→ What are your thoughts? ←
Scroll down to leave a comment: