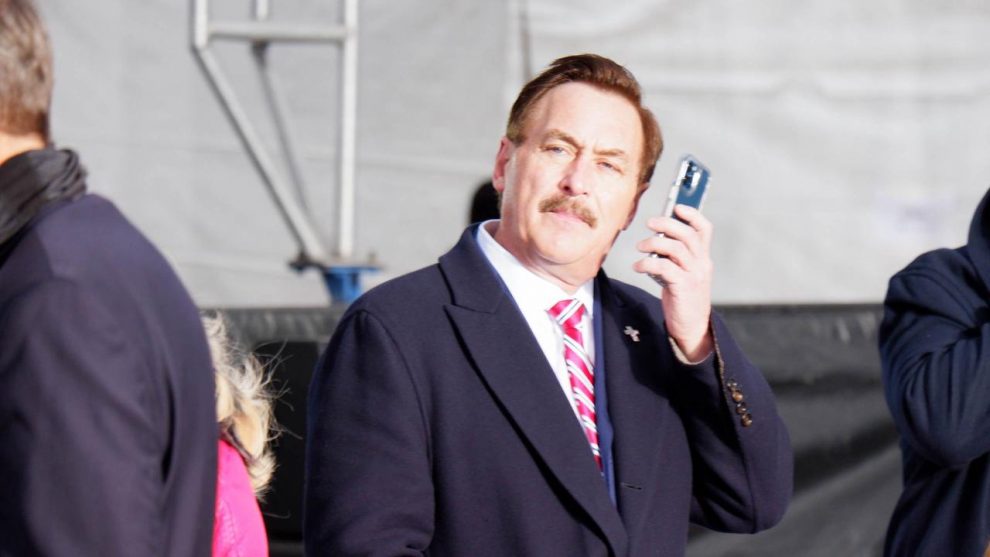 Last week news broke that Dominion Voting Systems threatened My Pillow CEO Mike Lindell with a letter dated December 23, 2020, from defamation lawyers. In the letter, Dominion lawyer Thomas A. Clare called Lindell’s attacks on the voting company used in all six contested states “implausible,” adding they have “no basis in reality.”

Mike Lindell, a devout Christian, is not worried about a letter from Dominion lawyers threatening defamation. Like President Trump, Lindell is a fighter and is vowing to fight back, telling Axios that he’s looking forward to Dominion’s lawsuit. “I want Dominion to put up their lawsuit because we have 100% evidence that China and other countries used their machines to steal the election.”

Also last week Bed, Bath and Beyond issued a statement saying the company will no longer sell “My Pillow” products after Mike Lindell challenged the election results.

This did not stop Mike Lindell from speaking out. Mike Lindell now has social media accounts on Gab and Telegram.

If you ordered products from My Pillow this week you may have received this email.

They are looking at two-week delays in orders due to the volume of orders at the company. 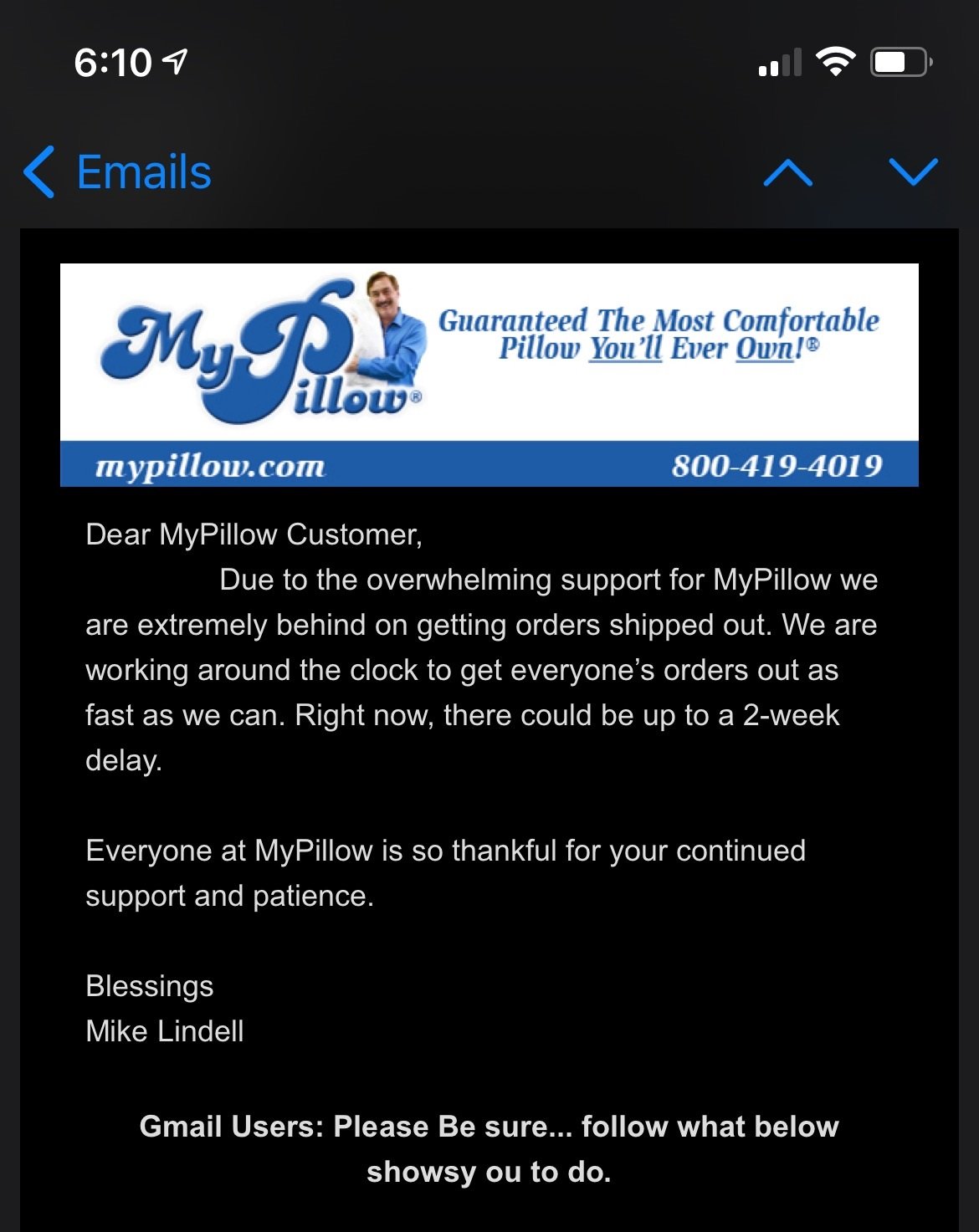