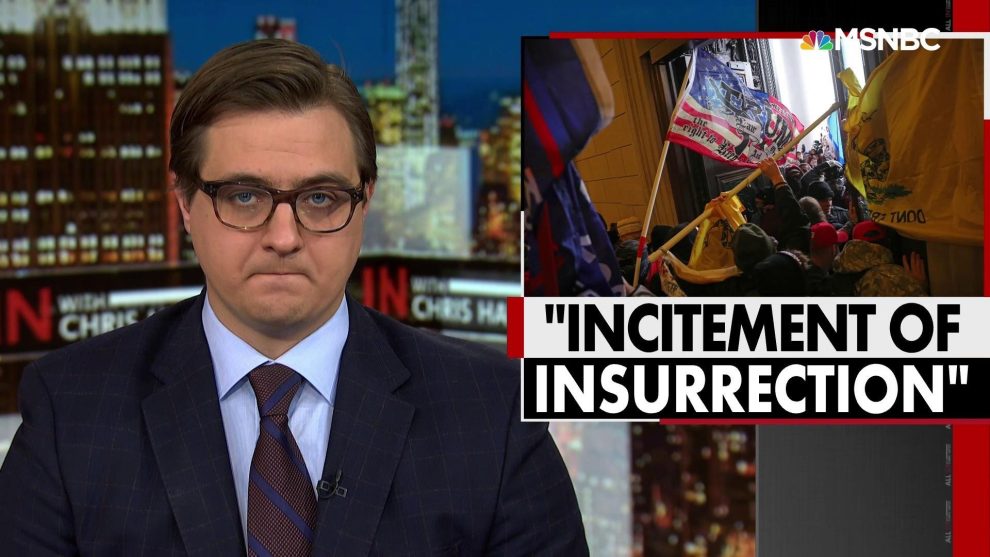 One of the major wins of the McCarthy drama that gripped Congress last week was a pledge from the new Speaker to release all of the January 6 riot footage.

Speaking to reporters on Thursday, McCarthy said he intends to make public the thousands of hours of footage from the insurrection—something Republicans have long called for, as part of attempts to exonerate both lawmakers and civilians accused of wrongdoing in connection to the riots.

McCarthy said that he would consider releasing all the footage as the “public should see what happened” that day, rather than rely on the report from the House Select Committee which investigated the attack.

What possible rationale could there be, two-plus years later, for the government to continue to hide from the public the publicly-funded surveillance footage documenting the “greatest attack on democracy since the Civil War,” as Democrats have branded it, in the people’s house?

Are we citizens or serfs?

Leave it to former Bush White House communications director and current MSNBC hack Nicole Wallace to bring on a former Democrat rep, Elaine Luria, to explain the pitfalls of McCarthy’s “dangerous” “deal with the devil”:

If you release all of the security tapes at the Capitol… every bit of information that would lay out a road map for someone who wants to come try to do something like this again, that is really dangerous for the future security of the Capitol… A large portion of the tapes have been released in different contexts.

What Luria means is that it’s dangerous for the corporate state’s paper-thin narrative. The footage almost undoubtedly shows law enforcement facilitation of the breach of the capitol, likely featuring identifiable intelligence agency spooks.

The government has already selectively released everything it would like the public to know. Yet the vast majority of the more than 14,000 hours of footage from that day remains obscured from public scrutiny.

Obviously, if the government believed that releasing all of the footage would strengthen its case and show that the riot was indeed the “greatest attack on democracy since the Civil War,” it already would have unleashed it for public consumption.

The only logical conclusion is that there is something — or a lot of somethings — on those tapes the government doesn’t want disclosed, because it undermines the fantasy story they’ve concocted.