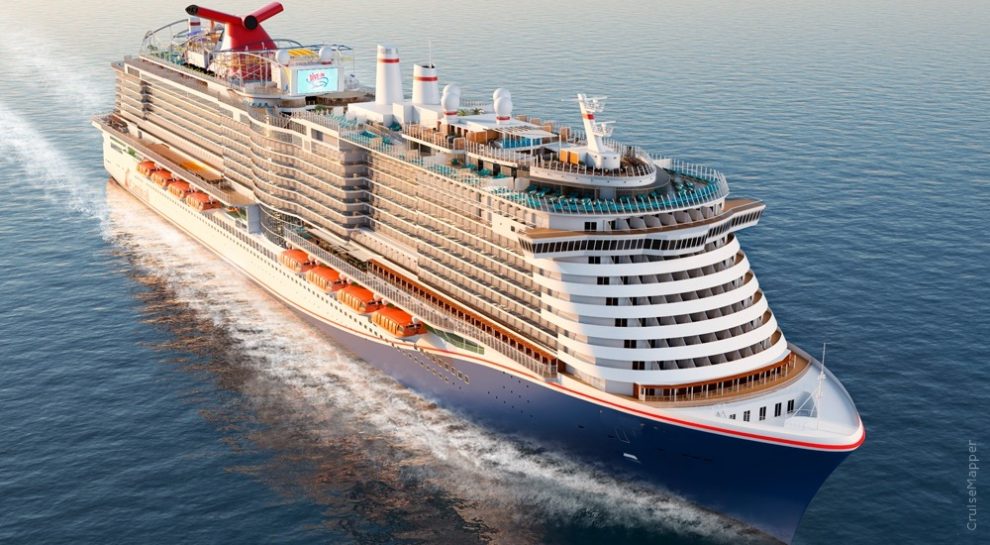 Carnival Cruise Lines has had a tough few years, with the pandemic dropping the stock from $50 per share to currently under $10. But despite the stock plummeting, the executives at Carnival are risking even more as their ships are now actively grooming and promoting a sexual agenda on their “family fun” ships.

The details are sordid and not pleasant to read. But this underbelly of the cruise industry needs to be revealed and stopped. When a child watches a woke Disney movie, it lasts two hours, and then the parents can discuss the challenges with their children. On a cruise, it is a non-stop barrage of grooming and sexuality (often LGBTQ) that is every moment for a solid week. It is a consistent, powerful, and dangerous influence on children that can sink into their consciousness.

Before going into specific examples, it is important to be aware of some cruising realities. Sexuality has always been on cruise ships (what happens on the ship stays on the ship), but for the majority of Carnival’s fifty years in business, it has been relegated to the 18-and-over nightclubs, late-night shows, and adult bars. It was never in the main programming of a ship, especially the “family fun” ships of Carnival, which have been built specifically for families with children and include great kid’s activities like water slides, mini-golf, trampolines, arcades, etc. This has now changed.

The other reality to recognize is the hidden dirty secret of Carnival. According to the Department of Transportation, there are currently more sexual assaults per capita on a Carnival ship than in the states of California and New York, and Carnival leads the entire cruising industry in sexual assaults on board. Most of these crimes end up being ignored, as they take place on international waters and are subject to the laws and retribution from the ship’s country of registration (most Carnival ships are registered in Panama, with a few in the Bahamas and Malta), making both criminal and civil prosecution difficult. According to a senior FBI official’s testimony before Congress, only 7% of sexual crimes on cruise ships are prosecuted.

But how is Carnival actually enabling these assaults? All cruise ships have a lot of alcohol on board, so that can’t be the reason that Carnival’s statistics are so much higher. Royal Caribbean services more passengers, but their numbers are significantly lower.

It’s actually simple: Carnival leads in sexual assaults because of their conscious grooming and sexuality in family shows and programming.

My family recently returned from a seven-day cruise to Mexico on the Carnival Panorama, and what we experienced explained the high statistics.

Let’s start with the Cruise Director, a man named Ryan who, although his picture on the Carnival website is of a well-dressed man, was actually way too comfortable in drag (you can see him impersonating Tina Turner here at 0:34). At every opportunity, announcement, show, and appearance, he constantly repeated the phrases: “We are family/this ship is a family/family, let’s get closer.” At every chance, he would instruct passengers to “Spread Love” and even wore shirts with the phrase every day.

While this may seem innocuous, it is the classic language of pedophiles and groomers. Establishing with a child that a stranger is actually “family” gives the adult the tacit permission to get physically close to the child in the way that family does. If the child accepts that the adult is family, it is a tiny step for the child to allow that adult stranger to be physical or touch the child. When I confronted this cruise director about this and that my children were sexually uncomfortable with his language, his response was that my children “need to realize we are all family and spread love.” As most parents recognize, for their own children’s safety, we do not ever want our children to think of strangers as “family.”

This type of outrageous behavior was prevalent throughout the cruise. At the first family show, he chose a lesbian couple to be the “fun couple of the week,” had them each place a box of colored ping pong balls on their behinds, told them to “shake their booties” until the blue-colored balls fell out, and kept commenting how these lesbians were “creating blue balls.” At another event, he wore a white mini jumpsuit that showed his genitalia outline in detail, pranced around on a bar, and shook his groin at passengers’ heads. I would not want to see a female staff member showing her nipples in a family show, and his behavior is equally, if not more, offensive.

These are not the actions of one out-of-control cruise director but approved and sanctioned by the Carnival executive team. When I spoke with Alina Chefneux, the hotel director of the ship and the top executive on board, her response was that “our crew are family since we spend more time with each other than we do at home.” Upon explaining to her that the Carnival crew members are not my family, she proceeded to tell me, “We want passengers to trust us like family.” Those are scary words, to say the least.

And this grooming was constant and pervasive throughout the ship’s programs. In the first large stage show for families, entitled “Soulbound,” the grooming continued. This show, which is supposedly identical on all Carnival ships, included a scene where the lead male character started fondling and dry-humping another male character. When the hotel director was confronted by this disturbing behavior at a family show, her response was that she had not personally seen the show, but it was part of the storyline as the male lead had been hit with a love spell that had gone wrong. An entirely unnecessary plot device was added in order to justify gay sex in a family show. And like her cruise director, she said that “Carnival is committed to inclusivity and diversity” and pointed to a large sign saying that motto in her office.

These are only a few examples of the grooming of children on board a Carnival ship. But the lack of any response by Carnival executives in Miami demonstrates their awareness and support of this agenda against our children. Eight emails were sent to Carnival about this, including to Arlene Brown, the senior director of guest care, and Neil Palomba, the chief operating officer of Carnival. Although the subject line of the emails read “Staff Sexuality on a Recent Cruise,” and all of the emails detailed the “sexual un-family fun” on board and invited a response from Carnival prior to this article, there was never any response from any executive at the company. The resounding silence is a tacit approval of this grooming behavior and sexuality on Carnival ships.

Like Disney before it, Carnival has established a “family-friendly” brand for decades. And like Disney, it has made a conscious choice to continue to advertise that brand while subversively creating an environment that is not only offensive to those seeking a safe family vacation but one that is actually dangerous to children. A large difference between Disney and Carnival, however, is that the barrage is constant on a ship, as opposed to sporadic in a theme park or movie and, as a result, much more dangerous to children. The other factor that makes Carnival’s actions even more insidious than Disney’s is that on a ship, there is no place to go to avoid the pervasive grooming. Once on board, passengers are captive to the programming on the ship. And in Carnival’s case, this translates to an environment that is offensive and potentially dangerous at every moment.

There are many other cruise lines that are truly family-friendly and need to be considered before booking a family vacation on Carnival. If, for whatever reason, your family is on a Carnival ship, it is important that the children are never left alone in any activities. Our children’s safety should always be our highest priority, and we can only hope that with the appropriate pressure, Carnival will return to making that the real priority of “family fun” ships.

Cruising in the 21st century can be a lot of fun with all the kid-friendly activities that have been built into the new ships. But more important than fun, may we all always protect our children from those who would prey on them sexually.

I look forward to the day when Carnival remembers that priority, and family fun ships are once again fun and safe for families.