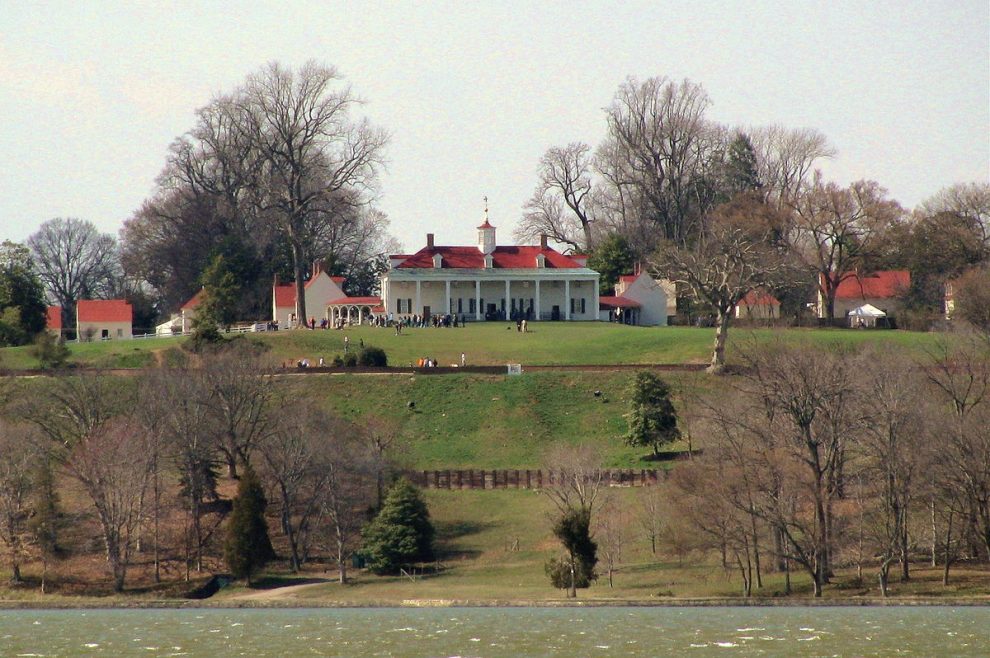 How many times will the liberal media have to endure getting hit in the face with their shoddy reporting about the Trump White House? Seriously, how many stories have been utterly gutted for being straight trash? From the oodles of bombshells that were nothing burgers about Russian collusion to the bust of MLK Jr.being removed from the Oval Office, the list of fake news stories is extensive. So, it shouldn’t shock us that Politico was caught red-handed trying to bash Trump for being uninterested in a tour of Mount Vernon when French President Emmanuel Macron visited last April. Supposedly, sources said this tour was “truly bizarre,” with Trump being unengaged, asking why George Washington didn’t name any real estate after him (via Politico) [emphasis mine]:

During a guided tour of Mount Vernon last April with French president Emmanuel Macron, Trump learned that Washington was one of the major real-estate speculators of his era. So, he couldn’t understand why America’s first president didn’t name his historic Virginia compound or any of the other property he acquired after himself.

“If he was smart, he would’ve put his name on it,” Trump said, according to three sources briefed on the exchange. “You’ve got to put your name on stuff or no one remembers you.”

Trump’s lack of interest in presidential history, said the historian Jon Meacham, means that he has “basically thrown out the one data set available to him. We don’t have anything else to study. It’s all you got.” It also stands in contrast to the fascination of other presidents with their predecessors. Even former President George W. Bush — not known as a tweedy intellectual — consumed several presidential biographies while in office.

The president’s disinterest in Washington made it tough for tour guide Bradburn to sustain Trump’s interest during a deluxe 45-minute tour of the property which he later described to associates as “truly bizarre.” The Macrons, Bradburn has told several people, were far more knowledgeable about the history of the property than the president.

A former history professor with a PhD, Bradburn “was desperately trying to get [Trump] interested in” Washington’s house, said a source familiar with the visit, so he spoke in terms Trump understands best — telling the president that Washington was an 18th century real-estate titan who had acquired property throughout Virginia and what would come to be known as Washington, D.C.

“That is what Trump was really the most excited about,” this person said.

Yeah, if there’s one thing that we know about anonymous sources in the anti-Trump resistance era is that they’re usually wrong. And Mount Vernon made that clear in a statement released today:

Mount Vernon has a firm, long-standing policy of not commenting on the details of high-profile visits to the home of George Washington. However, we believe in the importance of ensuring that reports about events that take place at Mount Vernon are accurate. As such, we are concerned that the third-party accounts of the Trump-Macron visit released by several media outlets today do not correctly reflect the events that transpired nearly a year ago.

Mount Vernon President Doug Bradburn and Regent Sarah Coulson escorted the presidents and first ladies on a tour of the Mansion on April 23, 2018.  During the tour, all parties were interested and engaged in the story of George Washington and his beloved home.  Conversations touched on topics like business dealings, real estate, and related matters that were of relevance and interest to the touring parties, and questions were asked by both leaders with curiosity and respect. Comments pulled from sources who were not present for the tour do not properly convey the tone and context in which they were delivered.

For more than 200 years, Mount Vernon has welcomed heads of state and world leaders, offering them a place to find inspiration in Washington’s example of servant leadership.  The Mount Vernon Ladies’ Association is proud to have carried on that tradition of diplomacy during last year’s state visit, and we look forward to welcoming similar delegations for generations to come.

Yeah, that’s a polite way of saying your sources were garbage, Politico. So, congratulations, liberal media, you can add yourself (again) to the in-kind contribution list for the Trump 2020 campaign.

Oh, and if you’re on the fence about whether these “sources” aren’t anti-Trump, well, here you go:

“His supporters don’t care, and if anything they enjoy the fact that the liberal snobs are upset” that he doesn’t know much history, this person said.

A recent survey conducted by the Woodrow Wilson National Fellowship Foundation found that just four in 10 Americans today can pass the country’s citizenship exam, which is comprised of several questions about the Constitution and American history, such as “Who did the United States fight during World War II?” and “What is one right granted under the First Amendment to the Constitution?”