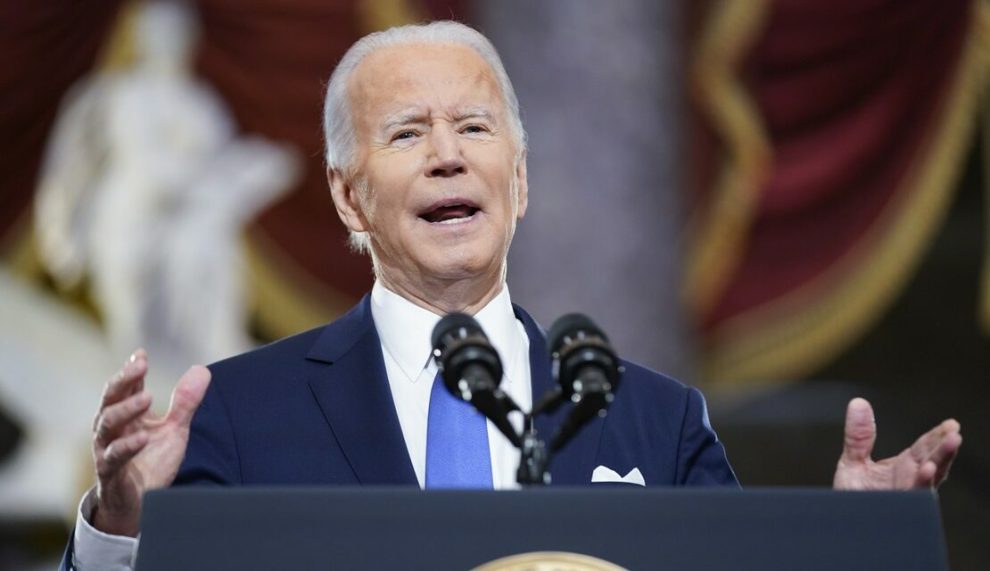 CNN is known for fake news. Who could ever forget the “fiery but peaceful protests” chyron they had to try to downplay the violence of the BLM riots?

But we have to hand it to them for being accurate when it came to what Joe Biden said during his big speech in Poland. His team heralded the remarks as a landmark speech and iconic, à la Ronald Reagan at the Berlin Wall.

Here’s what the liberal talking points were supposed to be — as the WaPo’s Jen Rubin and the liberal weasel Alexander Vindman confirm.

Biden makes a speech akin to those at the Brandenburg Gate by JFK and Reagan. In a square with a crowd. His delivery is quite strong.

This was an historical speech for @POTUS. Like Kennedy’s Berlin Speech, this is the one Biden will be remembered for. Biden laid down a marker that the US will defend its allies & democracy. I’m proud of my POTUS & his powerful leadership during a climactic battle for democracy.

But instead, all the talk is about how, yet again, the White House has to clean up the mess after Biden says something wrong. Things blew up on Biden again because of his comment suggesting the U.S. wanted regime change against Vladimir Putin. That played right into Putin’s hands since Putin has been pushing this isn’t about him invading Ukraine but is in truth a war with the United States who are trying to do him in.

But that upset Never Trumper Tom Nichols, who had possibly the most ridiculous take of the day. Although to be fair, there were so many bad Never Trump/liberal takes, that’s a tough call.

This is irresponsible. This chyron makes it seem like this is somehow a war aim. pic.twitter.com/nHwlseLjmv

“This is irresponsible,” Nichols said. “This chyron makes it seem like this is somehow a war aim.”

So it’s irresponsible to quote Biden now. That’s where we’re at with the effort to carry water for Biden’s mistakes. No, Tom, it isn’t CNN who is being irresponsible here, it’s Joe Biden and frankly, the people like you who helped to put such a compromised person in the office, not caring about how it opened the door to the radical left to push their agenda and not caring how badly Biden might harm America with the incompetence that he’s shown throughout his entire life. Tom’s mad that — for once — CNN didn’t clean it up or spin it for Biden (at least not in this instance). That’s the real problem, according to Tom, that CNN didn’t do their liberal duty to cover for him here. But it is funny that liberals are upset with CNN for telling the truth — they’re so used to them not doing so, it’s a real mind bend for them.

No worries there, no one watches CNN.

But imagine being more upset with the chyron than the man in the highest office in the land being incoherent.