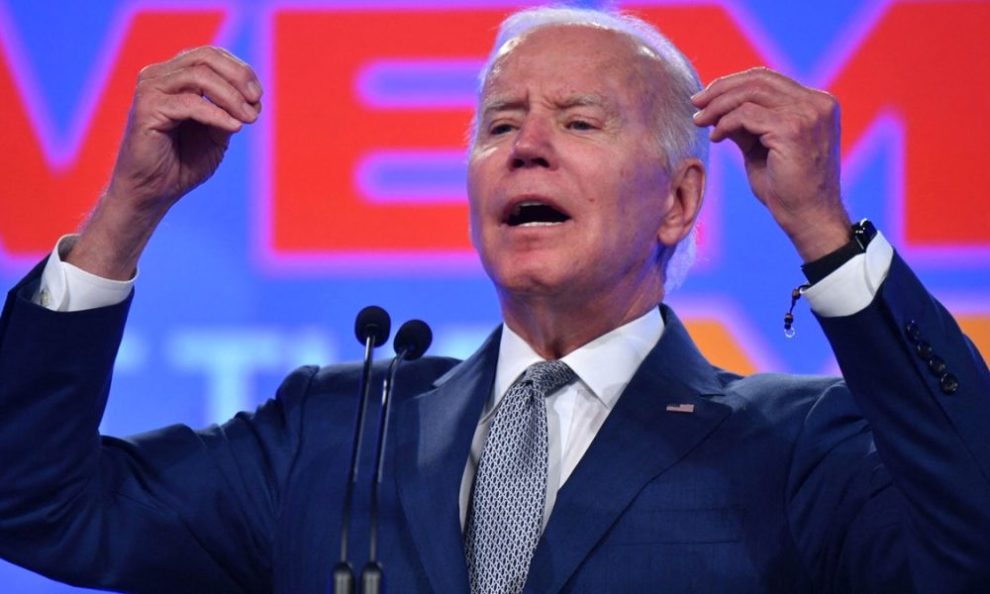 Is this Biden’s worst gaffe yet?

President Joe Biden mentioned “54” states in the Union in a confusing segment of a Philadelphia speech.

Biden made the stark claim at a Pennsylvania Democratic Party event on Friday.

Biden was speaking about the prospect of Republicans repealing Obamacare at the time.

That’s a remote possibility, considering it would take 60 votes in the Senate to overcome the filibuster Democrats vehemently opposed just months ago.

This didn’t stop Biden from using the idea as political ammunition.

“And of course, they’re going to try for their 499th time, or whatever the number is, they’re still determined to eliminate the Affordable Care Act. And by the way, if they do, that means, not a joke, everybody, that’s why we defeated it in 2018, when they tried to do it, we went to 54 states.”

Biden is seemingly referencing campaigning in the “54” states in efforts to rally Democrats against attempts to overturn Obamacare, but the context of the remark doesn’t make it crystal clear what he’s actually talking about.

The bizarre gaffe even found its way into a White House transcript of the speech.

The United States has 14 territories, only five of which are permanently inhabited, according to World Population Review.

Former President Barack Obama had a similar gaffe in 2008, according to Reuters, referencing a whopping 57 states.

It’s not as well remembered because Obama was more capable of making it through a major speech without a buffet serving of word salad.

(And the mainstream media was no more interested in dwelling on the then-candidate’s verbal mistakes than it was interested in covering Obama’s disastrous policy decisions, like considering the Islamic State group a “jayvee team.” It took the Donald Trump presidency to put an end to the group’s reign of terror in the Middle East.)

The Obamacare repeal idea could amount to a last-ditch Democrat attempt to use rhetoric that sticks with voters.

The progressive party’s prospects have grown increasingly dark in the past week alone, with Republicans opening up leads in polling of several key Senate races.