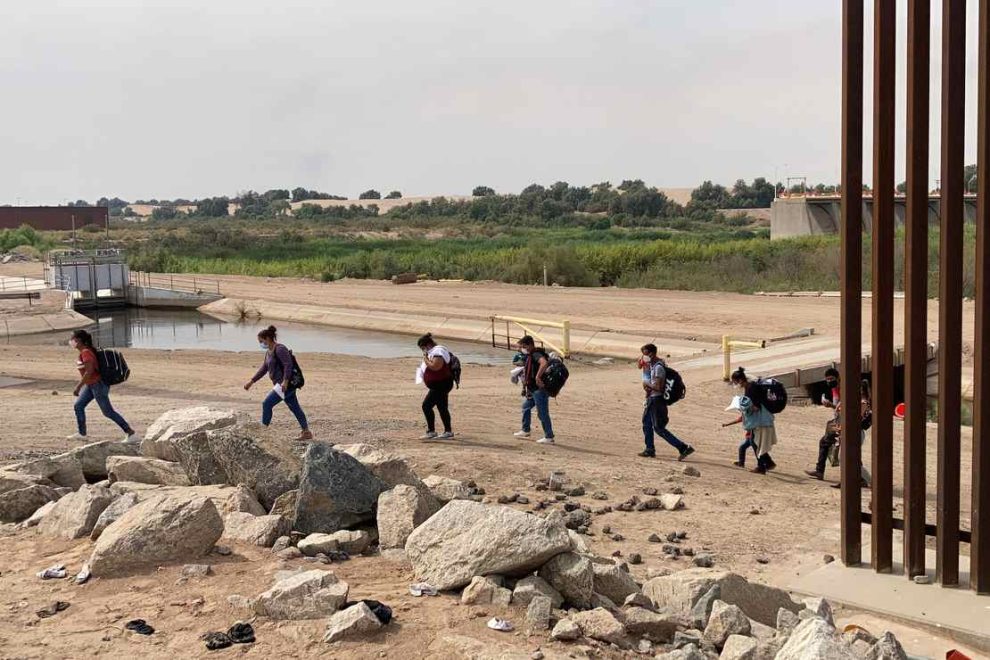 One of the most irksome — for me, anyway — aspects of the decades-long ideological battle over the security of our southern border has been the Democrats’ portrayal of the kinds of people who illegally come into the United States.

In the leftist telling, virtually every person crossing the border illegally into the U.S. is a plucky worker who is here to do “the jobs Americans don’t want to do” and send most of his or her hard-earned money back to México. One would think that there are nothing but saints south of the border.

It’s all a load of crap.

Those people do exist, but so do the Sinaloa Cartel, MS-13, and a veritable host of other criminal scum. The border is open to all of them.

To the surprise of no one who is honest about the state of things, the Democrats’ flying monkeys in the mainstream media almost never report on the bad guys. I wrote “almost” there just in case there is something out there that I’ve missed. There is plenty to report, it just doesn’t fit with the false narrative they want to push.

As I wrote in my recent “Worst of Times” column, the MSM backlash over Megan’s reporting on the rape of the little girl in Indiana is all about diverting attention from the fact that an illegal alien made it all the way from Guatemala to Ohio and raped a child.

Paula wrote yesterday about the tragic effect that the overwhelmed border had on police response, or lack thereof, during the Uvalde school shooting:

On Sunday, a Texas House of Representatives committee released its preliminary report on the deadly school shooting at Robb Elementary School in Uvalde, Texas, where an 18-year-old attacker killed 19 students and two teachers, and wounded 17 others on May 24.

While much of the report focuses on law-enforcement failures and mistakes by school staff, the committee also pointed to the role of illegal immigration in the failed response to the shooting.

“Another factor contributing to relaxed vigilance on campus was the frequency of security alerts and campus lockdowns resulting from a recent rise of ‘bailouts’—the term used in border communities for the increasingly frequent occurrence of human traffickers trying to outrun the police, usually ending with the smuggler crashing the vehicle and the passengers fleeing in all directions,” the committee wrote. “The frequency of these ‘bailout’-related alarms—around 50 of them between February and May of 2022—contributed to a diminished sense of vigilance about responding to security alerts.”

These are but a couple of recent examples. The negative effects of the Democrats’ open border policy are myriad and never-ending. I’ve spent my entire life living near the Mexican border, I’m not just theorizing here.

Donald Trump began his successful 2016 presidential campaign by being honest about the bad people who travel northward across the Mexican border.

If we’re ever going to effectively push back against the false narrative, more Republican politicians are going to have to do the same.