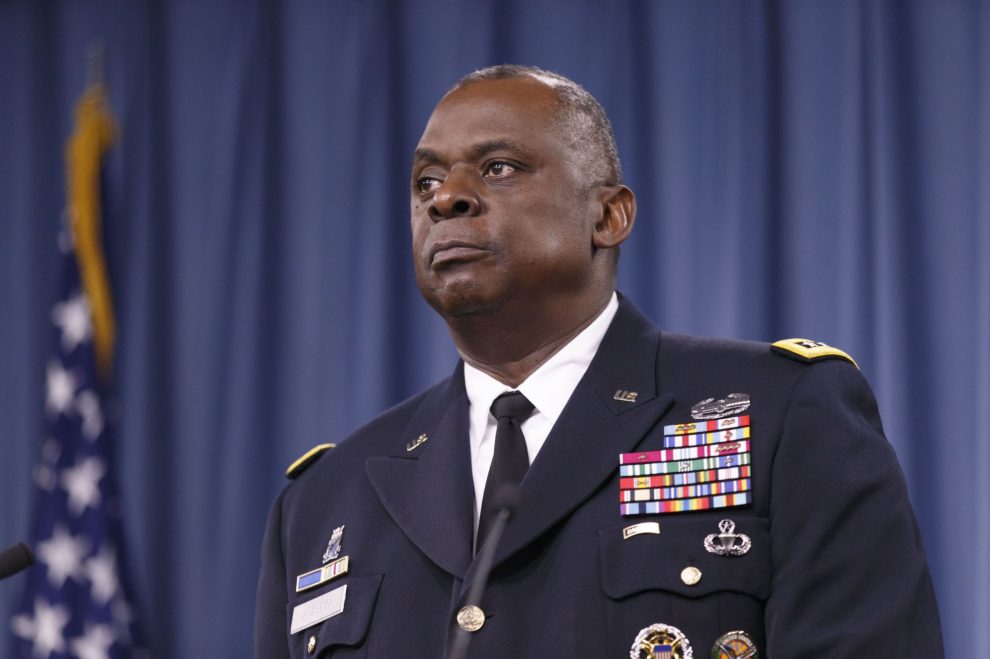 At least 260,000 American troops — or about 13 percent of the 2.1 million total force — are not fully vaccinated despite a Biden administration vaccine mandate for the military, and many of them could face discharge.

According to the Department of Defense website, at least 268,858 service members as of July 13 are still not in compliance with Defense Secretary Lloyd Austin’s August 2021 mandate for every member of the military to be fully vaccinated with two doses of a vaccine. That figure does not count the thousands who have not taken any doses.

Only about 20,000 of the more than 260,000 have received a temporary or permanent exemption, according to the latest statistics provided by the services. That means the rest face discharge from the military at a time the services are struggling to find new recruits.

So far, there have been 95 military deaths from coronavirus, with 412,766 who have had it and recovered, according to DOD statistics.

Mike Berry, a Marine reservist and general counsel for First Liberty, who is representing service members seeking religious exemptions, said in a statement to Breitbart News:

Losing nearly 270,000 troops would devastate our military. That’s more than twice as many U.S. troops than died during World War I from all causes, and almost as many as died in combat during World War II. Our adversaries are probably delighted to see the Pentagon eliminate more troops than they ever could.

Religious accommodation requests have only been granted for troops who were already leaving the military, according to Berry.

It is unclear whether DOD will indeed discharge or merely discipline every single service member not in compliance with Austin’s order, but to date the military services have kicked out around 6,431 members, according to the latest available statistics. The Marine Corps led with at least 3,069 discharges. The Navy has been blocked from discharging any sailor who filed a religious exemption request due to a court injunction.

The Army National Guard and Army Reserve recently acknowledged that as many as 60,000 soldiers — or about 12% of their force — are not fully vaccinated, and unless they have an approved or pending exemption, can no longer drill or be paid for it as of July 1.

For the Army National Guard, it is about 40,000 soldiers, and for the Army Reserve, it is about 21,360 soldiers who cannot drill, be paid, or be deployed on a federal status. Unvaccinated reservists without exemptions can still conduct state missions, but the Army said they still face discharge.

The Army announced in a press release:

Beginning July 1, 2022, members of the Army National Guard and U.S. Army Reserve who have refused the lawful [Department of Defense] COVID-19 vaccination order without an approved or pending exemption may not participate in federally funded drills and training and will not receive pay or retirement credit.

In the future, Soldiers who continue to refuse the vaccination order without an exemption may be subject to additional adverse administrative action, including separation.

While the DOD has argued that mandating all troops be fully vaccinated is a readiness issue, the director of the National Guard recently told the Associated Press that if 40,000 soldiers are not in compliance, there are readiness issues associated with that, too.

“When you’re looking at 40,000 soldiers that potentially are in that unvaccinated category, absolutely there’s readiness implications on that and concerns associated with that,” Army Lt. Gen. Jon Jensen told the AP. “That’s a significant chunk.”

The Army Reserve’s priority is vaccinating all Soldiers to maintain readiness. Commanders are working through a deliberate process in as few as two days per month with geographically dispersed Soldiers to ensure they become fully vaccinated.

Center for a New American Security expert Nathalie Grogan told the Military Times in an interview that the Army needs to brace for the operational impact of discharging a “pretty significant” number of troops, pointing out that it leaves fewer soldiers who can conduct federal missions.

“[It’s] just a snowball effect of hurting readiness immediately [for federal missions] and then down the road [for state missions],” she told the outlet.

The issue has caught the attention of Republicans, who are currently a minority in the House and Senate. However, if Republicans retake either chamber of Congress, they will have more leverage in mitigating or even reversing the mandate.

As Breitbart News previously reported, Navy reservist Rep. Jim Banks (R-IN) confronted Chairman of the Joint Chiefs of Staff Army Gen. Mark Milley over the discharges during a hearing in April, where Milley downplayed the effect they would have on the military.

“The numbers are very low, by the way, of those that are refusing to be vaccinated, and they’re even lower,” Milley told Banks. “I mean, it’s tiny the numbers that are actually being asked to process out. So I think it’s manageable, and I think that I would prefer that everybody just go ahead and get vaccinated.”

Banks, who also chairs the Republican Study Committee, tweeted Milley’s response recently, along with a link to a report showing that tens of thousands of soldiers face discharge.

"It’s tiny the numbers that are actually being asked to process out. So I think it’s manageable."–General Milley to me during his Armed Services testimony in April. https://t.co/mnNSYt7E8h

Republicans are still fighting to end the mandate, although since they are in the minority, they have been limited as to what they can do.

Rep. Mike Johnson (R-LA) proposed an amendment that would have revoked a congressional waiver allowing Defense Secretary Lloyd Austin to serve, since he had not surpassed the requisite time a general officer must be out of uniform before serving as defense secretary, if he did not end the mandate. Democrats and Rep. Liz Cheney (R-WY) voted the amendment down.

Reps. Chip Roy (R-TX) and Thomas Massie (R-KY) also proposed additional amendments, but both of their amendments were ruled out of order by the Democrat-controlled House Rules Committee and not given a vote.

Roy told Breitbart News in an interview Wednesday, “They didn’t want to have a vote on my amendment because I think my amendment would probably pass and that’s not politically palatable for the hard left who are totally comfortable in continuing to oppress the American people with these mandates.”

“It’s unconscionable what we’re doing to our service members,” he added.

Roy called for all Republicans to vote against the 2023 National Defense Authorization Act, a massive yearly defense bill that authorizes the DOD’s activities and spending, since it does not end the mandate.

He tweeted, “Proud to stand with @freedomcaucus to #OpposeNDAA unless we get real fixes… STARTING with the need to #EndVaxMandates crushing military recruiting… or to #BanCRT to take steps to end wokeism at DoD. Where is @HouseGOP?”

Proud to stand with @freedomcaucus to #OpposeNDAA unless we get real fixes… STARTING with the need to #EndVaxMandates crushing military recruiting… or to #BanCRT to take steps to end wokeism at DoD. Where is @HouseGOP? https://t.co/rwLssIn1N8

Massie also blasted Democrats for not allowing a vote on his amendment and thanked his 23 Republican cosponsors.

Last night the rules committee, controlled by Nancy Pelosi, refused to allow the House of Representatives to vote on my National Defense Authorization Act amendment which would have defunded the military COVID-19 vaccine mandate.

I'm proud to cosponsor @RepThomasMassie's bill, which would prohibit any vaccine requirement for a member of the Armed Forces.

The president needs to stop putting partisan, left-wing politics ahead of our military's readiness. https://t.co/Jb3H6U5THn

Other Republicans have also blasted the vaccine mandate at a time when the military is facing historic recruiting shortfalls. As Breitbart News previously reported, the Army announced it was reducing its size due to recruiting difficulties for the first time in its history.

This is what happens when politically driven policy creates far worse problems than the ones it was trying to fix. Let’s lay this out.

? good judgement 4 Commander in Chief to cut 60K forces at once, at time of war in Ukraine & global aggressions and 4 this reason? Crazy!
Army Cuts Off More Than 60K Unvaccinated Guard and Reserve Soldiers from Pay and Benefits | https://t.co/VHKjaGlT3Q https://t.co/1dyk3GZuOT

New reports indicate that our military is facing the biggest recruiting crisis since 1973.

One step that the Biden Administration could take TODAY would be to rescind the vaccine mandate and re-enlist any servicemember kicked out for exercising their right to medical freedom.

“The U.S. Army is getting rid of the best of the best,” Andrew Crapuchettes, CEO of RedBalloon, a company that links anti-vaccine mandate job seekers with prospective employers, said in an email statement.

“Our military continues to struggle with recruitment. Perhaps, potential service members aren’t willing to risk the threat of woke policies,” he said. “They’re putting a bullet in the recruitment process, and the guns aimed the wrong way. Deep-six the policies, not the military!”