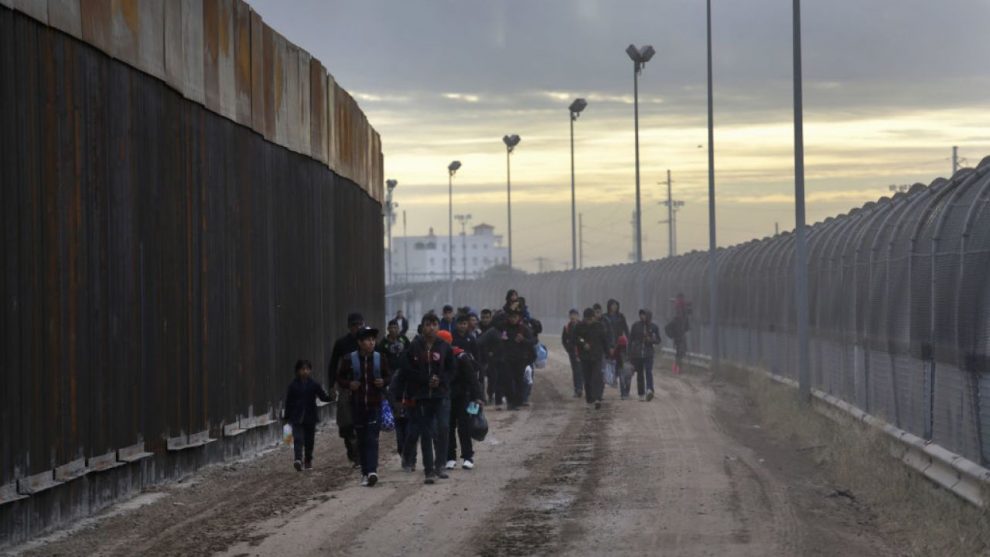 More than 2,000 people in Immigration and Customs Enforcement custody are being quarantined amid an outbreak of mumps and other diseases.

The numbers of immigrants in custody with a contagious diseases has spiked in the past year. For the previous two years, the agency has not encountered a single case of mumps among its detainees.
“As of March 7, 2019, there was a total of 2,287 detainees cohorted for exposure to a detainee with a contagious condition,” said ICE spokesperson Brendan Raedy in a statement.
In the past 12 months, there have been health investigations at 51 ICE detention facilities for mumps, chickenpox and influenza, according to Raedy.
There have been 236 reported cases of mumps, with another 16 suspected cases during this time period.
Mumps is a contagious virus that is typically spread through saliva and mucus. Symptoms include fever, muscle aches, loss of appetite and puffiness around the cheeks and jaw from swollen salivary glands.
Last year, there were 423 people documented with influenza and 461 people with chickenpox in ICE custody, according to the agency.
But from January 2016 to February 2018, there were zero notifications of mumps, and only 73 of chickenpox and 34 of influenza.
“ICE takes very seriously the health, safety and welfare of those in our care. ICE is committed to ensuring the welfare of all those in the agency’s custody, including providing access to necessary and appropriate medical care,” Raedy said in a statement.
To read more click here.
See also  Indiana Rep. Jackie Walorski, Three Others Killed In Car Crash
→ What are your thoughts? ←
Scroll down to leave a comment: