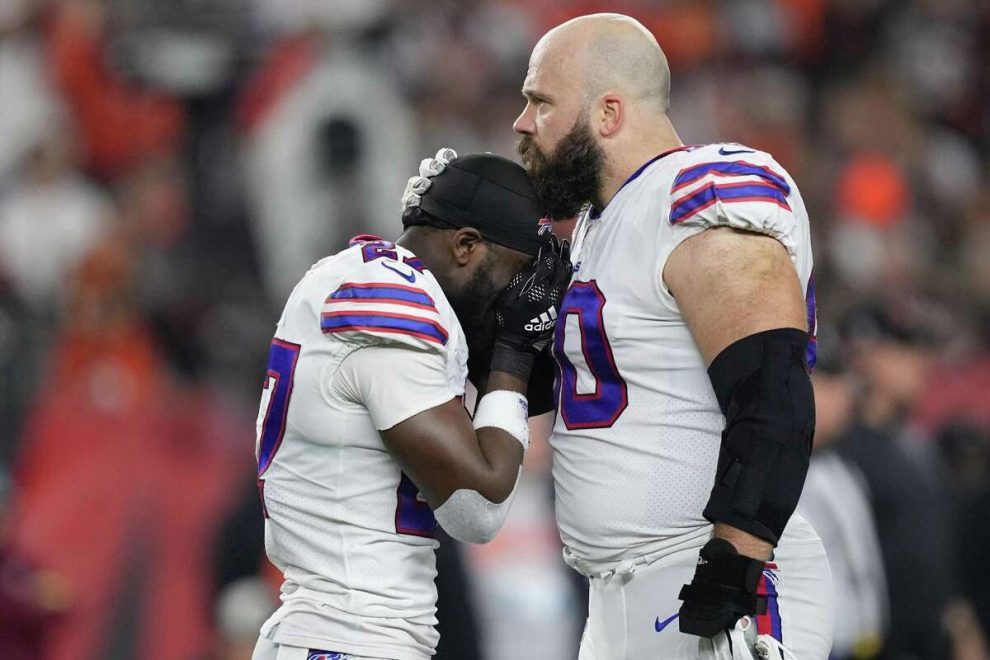 The NFL’s Week 17 Monday Night Football game was quickly suspended after Buffalo Bills defensive back Damar Hamlin suffered a serious injury during the first quarter, an injury so bad it necessitated CPR.

The game between the Buffalo Bills and Cincinnati Bengals was immediately suspended after Hamlin was hit hard, then stood up, and suddenly collapsed where he stood.

The 24-year-old Hamiln was taken off the field on a stretcher and rushed to the hospital at around 9:25 p.m. Eastern Time.

An early report by Fox Sports reporter Joe Danneman claimed that Hamlin had a pulse but was not breathing on his own immediately after his collapse.

I’m told Damar Hamlin has a pulse, but is not breathing on his own. He is being transported to UC.

Needed AED and CPR on the field.

I am told that Damar Hamlin has been intubated and is currently listed in critical condition. @fox19

Both teams took to the field to kneel in support of the injured player.

Bills safety Damar Hamlin was taken off the field in an ambulance after receiving treatment for over 10 minutes.

CPR was administered to Hamlin after he collapsed early in the game. He appeared to be receiving oxygen as he was placed in the ambulance. https://t.co/7VR8hm1lx2

The Bengals sent out a tweet sending their thoughts and prayers to Hamlin.

Sending our thoughts and prayers to Damar🙏

Hamlin was a 2021 NFL draft sixth-round pick out of Pittsburgh. He quickly became a starter for the team.