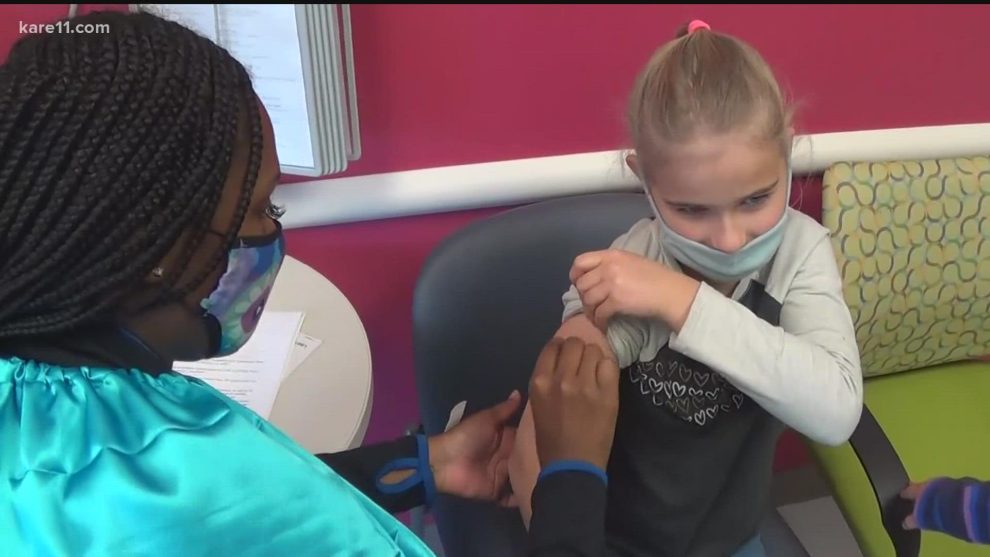 Moderna’s two-dose Covid vaccine was about 44% effective at preventing infection from omicron in children 6 months to under 2 years old and about 38% effective for children 2- to 5-years-old, according to data released by the company Wednesday.

None of the children developed severe illness from Covid and the majority of breakthrough cases were mild, according to the biotech company. Moderna will ask the Food and Drug Administration to grant emergency use authorization for the vaccine for children under 6 years old as soon as possible, CEO Stephane Bancel said in a statement.

The absence of severe disease, hospitalization or death in the study precluded assessment of efficacy against these outcomes, according to the company.

Moderna’s vaccine is currently FDA approved for adults ages 18 and older. Moderna has also asked the FDA to authorize its vaccine for children 6- to 11-years-old, the company announced Wednesday.

The highly mutated omicron variant has significantly reduced vaccine effectiveness from its high-water mark of around 94% when the shots were first authorized for adults in December 2020, causing many more breakthrough infections. However, Moderna said the vaccine effectiveness for children under 6 years old against omicron was consistent with the currently approved vaccine for adults 18 and older.

Moderna said no new safety concerns were identified in children under 6 years old. No deaths or cases of myocarditis, pericarditis or multisystem inflammatory syndrome were reported, according to the company. Myocarditis and pericarditis are types of heart inflammation that have been observed at elevated rates after the second dose of Moderna’s and Pfizer’s vaccines primarily in younger men, according to the Centers for Disease Control and Prevention.

Moderna said the side effects in young children were mild and more frequently reported after the second dose. About 17% of kids under 2 years old developed a fever of 100 degrees Fahrenheit, or 38 Celsius, while slightly more than 14% of kids 2- to 5-years-old developed such a fever. A fever higher than 104 Fahrenheit, or 40 Celsius, was observed in only a few children in each age group, according to the company.

The data on the youngest children comes from a broader pediatric clinical trial of 11,700 kids under 12 years old in the U.S. and Canada. The trial included 2,500 children under 2 years old and 4,200 kids 2- to 5-years-old. The study was conducted in collaboration with the National Institutes of Health.

Children under 5 years old are the only age group left in the U.S. not eligible for Covid vaccination. Hospitalizations of kids in this age group with Covid were five times higher during the omicron peak in January compared with last year’s delta wave, according to the CDC.

The FDA sought to expedite the authorization of the first two doses of Pfizer and BioNTech’s vaccine for children under 5 years old in response to omicron last month, but the process was delayed because the data did not meet expectations. Pfizer and BioNTech are expected to submit data on a third dose in this age group sometime in April.