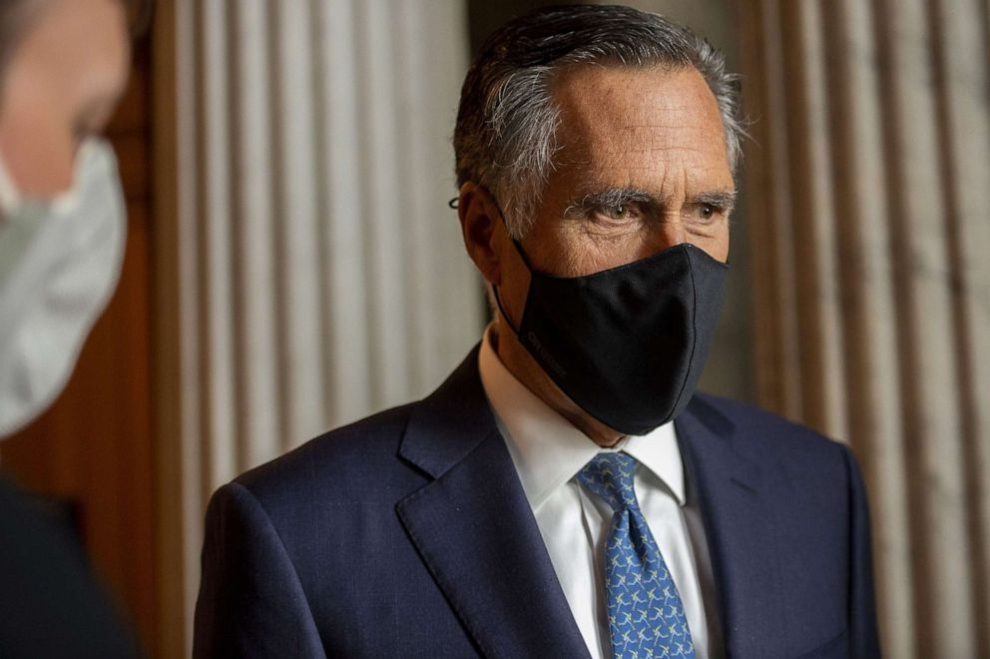 Sen. Mitt Romney (R-UT) joined his Democrat colleagues on the Senate Health, Education, Labor, and Pensions (HELP) Committee in voting to keep the federal mask mandate in place for children as young as two-years-old.

Romney voted against lifting the mask and vaccine mandates in the federal Head Start program during a HELP Committee hearing on the bipartisan PREVENT Pandemics Act.

The PREVENT Pandemics Act takes “common-sense steps to act on lessons learned from the pandemic response,” according to a committee press release.

Republican Senator Mike Braun (R-IN) introduced an amendment to the legislation that would prevent the U.S. Department of Health and Human Services (HHS) from “implementing or enforcing their regulations regarding mask or vaccination protections in the Head Start program again.”

According to HHS, the Head Start program requires “universal masking for all individuals two years of age and older” for those involved in the program.

After being subjected to federal mask mandates for almost two years, President Biden announced in his State of the Union address under the CDC’s new mask guidelines, most Americans in most of the country can now be mask-free. I completely agree with him on that. It’s time to get our lives back especially based upon science and not the political science.

“The rest of America is insulted by you telling them that their kids who are not at risk from dying from this disease, are not spreading it, that somehow we’re going to force these kids to keep wearing masks. It’s unscientific, it’s inhumane, and it stunting their learning,” Paul said.