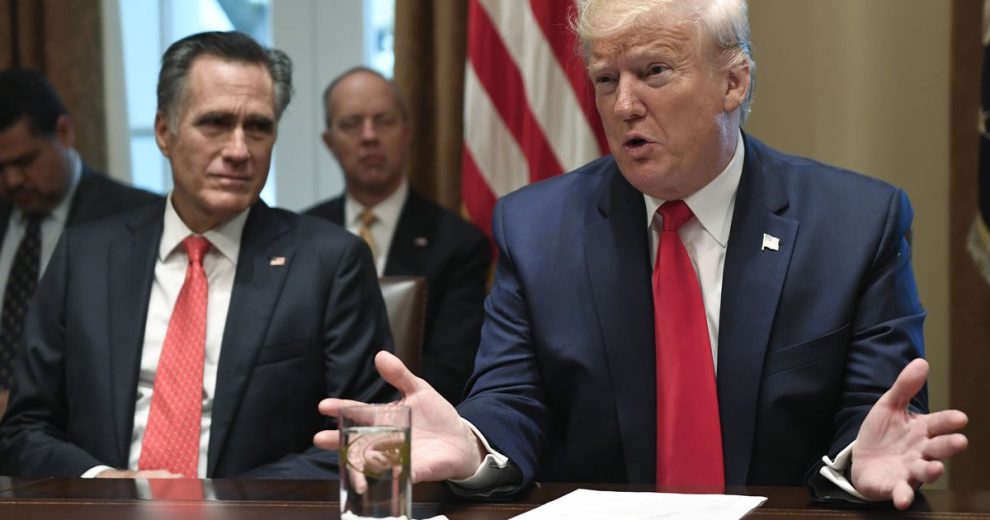 In an Atlantic op-ed entitled, “America Is in Denial,” the failed 2012 Republican presidential candidate scolded Americans for “blithely dismissing threats that could prove cataclysmic.” Chief among those threats is Trump, who “would feed the sickness, probably rendering it incurable,” according to Romney.

“I have witnessed time and again—in myself and in others—a powerful impulse to believe what we hope to be the case,” Romney continued. “A classic example of denial comes from Donald Trump: ‘I won in a landslide.’ Perhaps this is a branch of the same delusion that leads people to feed money into slot machines: Because I really want to win, I believe that I will win.”

In contrast, Romney praised President Joe Biden as “a genuinely good man” despite reports that the president took part in the Biden family’s corrupt business schemes at least 13 times.

“President Joe Biden is a genuinely good man, but he has yet been unable to break through our national malady of denial, deceit, and distrust. A return of Donald Trump would feed the sickness, probably rendering it incurable,” Romney wrote.

“I hope for a president who can rise above the din to unite us behind the truth,” Romney added.” Several contenders with experience and smarts stand in the wings; we added watch to see if they also possess the requisite character and ability to bring the nation together in confronting our common reality.”

It is unclear who Romney is referencing as “several contenders with experience and smarts” who may want to run in 2024. Polling shows Trump leading in a hypothetical GOP primary — holding a 40-point advantage over Gov. Ron DeSantis (R-FL) — if he decides to run, according to a Harvard CAPS-Harris survey. Polling in third place is Sen. Ted Cruz (R-TX) with only eight percent.

On the Democrat side, Biden is more narrowly leading in the polls over Vice President Kamala Harris, Michelle Obama, and Transportation Secretary Pete Buttigieg. Gov. Gavin Newsom (D-CA) may also have plans to run in 2024, but polling has not yet captured voters’ interest in him.