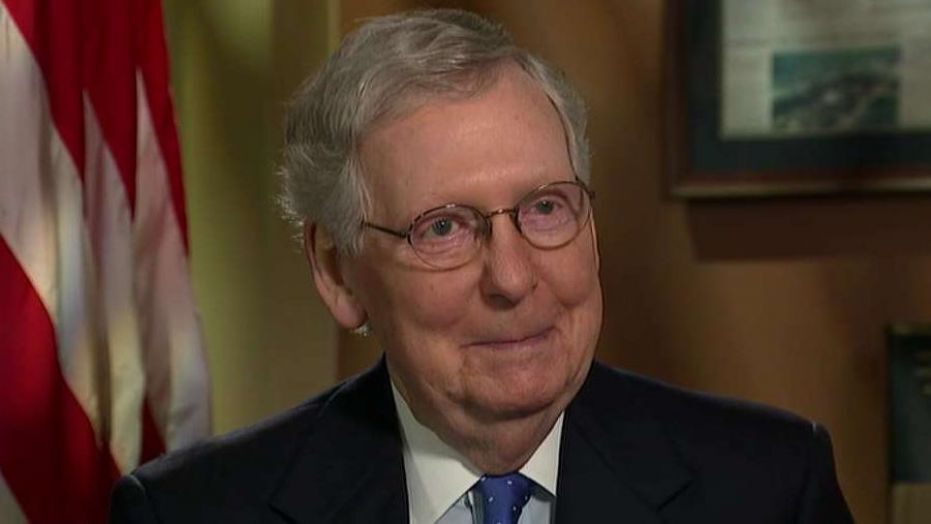 Senate Majority Leader Mitch McConnell on Thursday evening reiterated his edict that the case is closed when it comes to Russia, choosing not to publicly back a rogue subpoena from Senate Intelligence Committee chairman Sen. Richard Burr (R-NC) when offered the opportunity by Fox News’s Sean Hannity.

While McConnell was clear in restating his view that the case is closed, contradicting Burr’s rogue subpoena of President Donald Trump’s eldest son Donald Trump, Jr., he also did not criticize Burr.

Hannity asked McConnell: “What is Senator Burr doing? Did he not hear your message?”

Well, I think the good news is that Chairman Burr has already indicated that the committee will find no collusion, because that will be consistent with the Mueller investigation. I think this is going to have a happy ending. I understand the president’s frustration here, but I think this is just a blip. I think the case is closed. I think the controversy has been concluded. I don’t think the House thinks that, and I think they’re going to continue to try to stir this up, but enough already. I mean, we found out from the Mueller report that the Russians were deeply involved in it, there were something like 18 to 20 indictments of Russian companies and Russian individuals who were trying to get into the campaign and to mess with it. I think it’s over and I think it’s time to let it go and move on and deal with the people’s business.

Hannity followed up, asking: “Specifically, is that your message to Senator Burr?”

McConnell replied: “That’s my message to the public. That’s our view, that the case is closed and it’s time to move on, and I believe when the Senate Intelligence Committee finally does its repor, which I think will not be too far down the road from here, they will reach the very same conclusion.”

There are several important points unanswered about McConnell’s comments in this interview, in the context that now McConnell is saying the case is closed in public, when the public knows about the subpoena that Burr has issued to Trump, Jr.

First and foremost, McConnell did not say that the subpoena was in order or necessary for the committee to complete its investigation and file its final report. Secondly, McConnell did not say that he agrees with Burr’s decision to issue the subpoena. While he also did not disagree with it, he did not agree either. Thirdly, McConnell, while saying he understands the president’s frustration, did not say he agrees with the president’s statement that it is unnecessary for Trump, Jr., to testify again.

What’s more, while McConnell did speak somewhat kindly of Burr, this was not a full-throated defense of the Senate Intelligence Committee chairman. It was much more of a splitting-the-middle type response, where McConnell did not go to bat for him but also did not throw him under the bus as other senators have done.

In addition, McConnell’s reiteration that the case is closed without backing the subpoena in any way essentially undercuts any legitimate claim the Senate Intelligence Committee has to attempt enforcement of the subpoena–rendering, in political terms, the Burr subpoena meaningless.

McConnell’s damage control interview with Hannity comes after a full 24 hours plus of a GOP-wide beatdown on Burr, in which several senators and congressmen as well as top conservative and GOP leaders ripped Burr–and only a handful of senators offered weak defenses of him. Even the senators defending Burr left outs in their statements and commentary, in case they feel the need to cut bait down the road, but most Republicans party-wide threw Burr to the wolves and stood with Trump and Trump, Jr., against the continuation of the Senate’s part in the Russia hoax.

In fact, Burr’s own Senate Intelligence Committee member Sen. John Cornyn (R-TX)–the former number two in Senate GOP leadership–did not stand by the subpoena and instead called for the committee to formally end its investigation once and for all. Also, other committee chairmen–Sens. Lindsey Graham (R-SC) of Judiciary and Chuck Grassley (R-IA) of Finance, in particular–disagreed very publicly with Burr’s efforts.

Meanwhile, Burr’s own home state colleague Sen. Thom Tillis (R-NC) publicly disagreed with him and sided instead with Trump, Jr., a move that shocked even the New York Times. That’s not to mention several other senators, like Sens. Rand Paul (R-KY) and Steve Daines (R-MT), throwing gas on the fire by ripping the subpoena. Paul even said it was “harassment” of the first family.

Speaking to reporters just now @RandPaul calls for an end to the Senate intel investigation. As we’ve heard from @senatemajldr: Case Closed! pic.twitter.com/8WcVGyGHXd

Burr only had support, and ever-so-slightly, from a couple of GOP Senators, like Sens. Marco Rubio (R-FL), Roy Blunt (R-MO) and Susan Collins (R-ME), who issued statements or made comments backing him up. But even that was not enough to stop the onslaught, as every single Fox News primetime show on Thursday night had major segments on this story–and most of the hosts criticized either Burr, McConnell, or both for this Trump, Jr., subpoena.

Sean Hannity slams @SenatorBurr: “Are you a collusion truther? How many times do you want Donald Trump Jr. and other people to answer the same stupid questions that have been disproven? This is now bordering on harassment, abuse of power, and certainly a waste of our tax dollars” pic.twitter.com/FwFIMACsiI

Mystery Emerges Among COVID-19 Patterns In Los Angeles County Biden Embarrasses US on World Stage, Admits He Has No Clue What’s Happening in His Admin Why Are the Media Treating ‘Let’s Go Brandon’ Like Criminal Hate Speech?

Fox News’ @edhenry: “At the end of the day, Robert Mueller did not indict @DonaldJTrumpJr. So why is the Senate still wanting to hear from him?”

Sen. Chris Coons (D-DE): “That’s right and that’s an excellent question. I don’t know the answer to that.” pic.twitter.com/MtfNEUmzTe 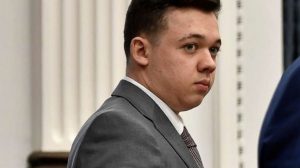 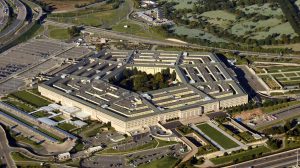 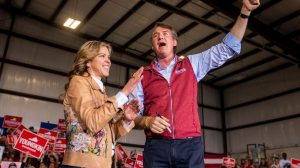