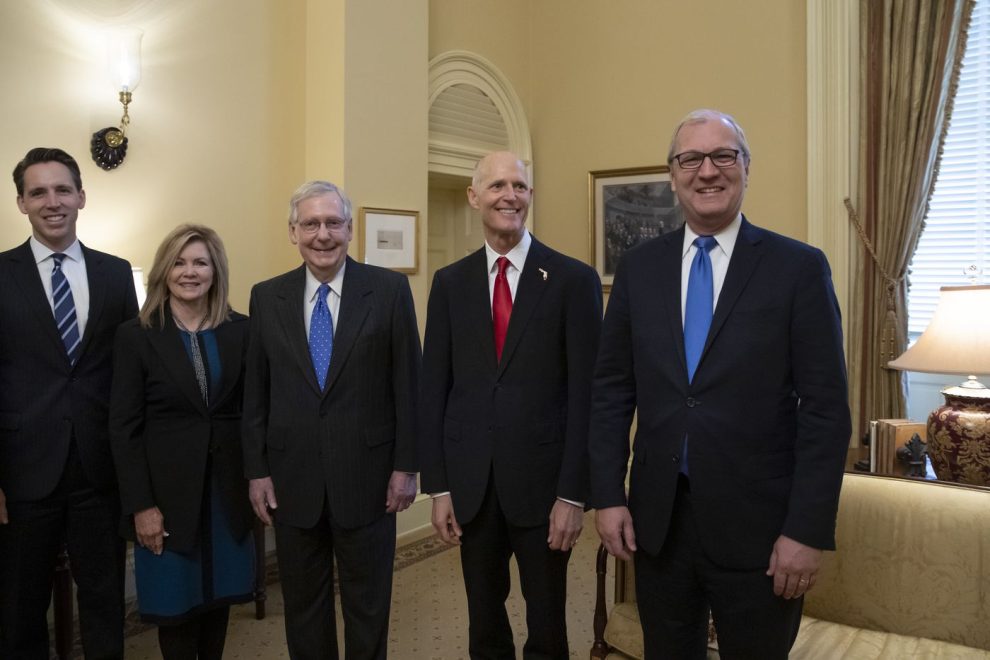 “I have the votes. I will be elected,” McConnell told reporters during a Tuesday press conference. “The only issue is whether we do it sooner or later.”

If the election was not postponed, Johnson and Cruz said Tuesday, McConnell would receive a challenge to his leadership. Hours later, Scott issued a letter prior to McConnell’s statement announcing he would challenge McConnell.

“If you simply want to stick with the status quo, don’t vote for me,” Scott said. “Republican voters expect and deserve to know our plan to promote and advance conservative values… That is why I am running to be Republican Leader,” Scott said.

“Like each of you, I am deeply disappointed by the results of the recent election,” Scott continued. “Despite what the armchair quarterbacks on TV will tell you, there is no one person responsible for our party’s performance across the country.”

Scott’s challenge will need the simple majority support of GOP senators. The vote is scheduled to take place on Wednesday by secret ballot and behind closed doors.