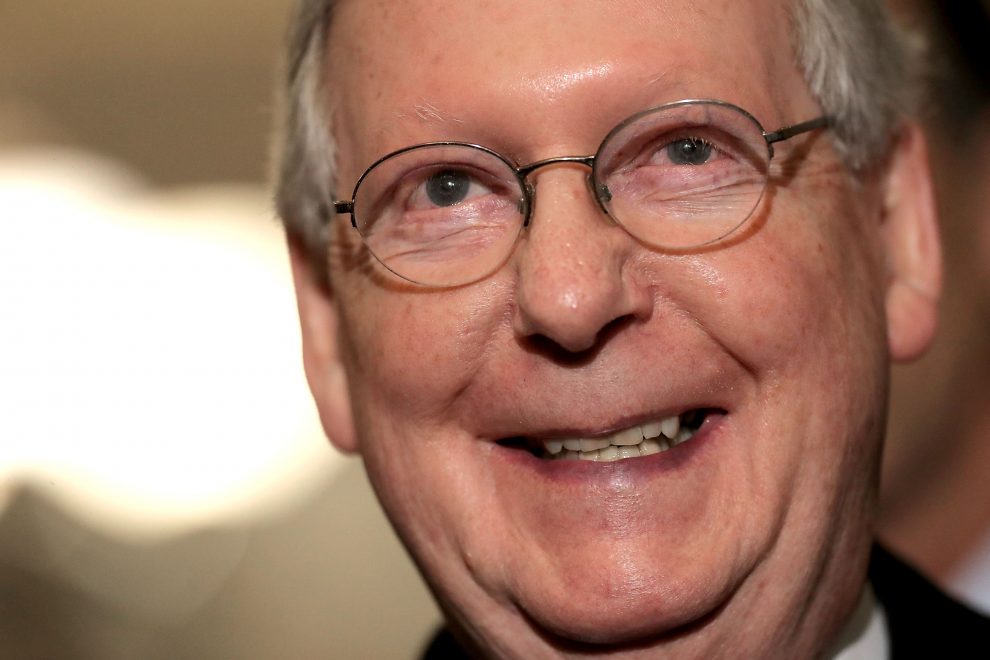 Senate Majority Leader Mitch McConnell (R-KY) circulated procedures this week for another impeachment trial against President Trump, but, per the timeline, proceedings would not occur until after Trump is already out of office.

The memo, detailed by the Washington Post, provides the timeline for another impeachment trial, which has January 19 as the earliest possible date the Senate could begin the process — one day before President-elect Joe Biden’s inauguration — as the upper chamber will not “reconvene for substantive business” until that day:

Although the Senate will hold two pro forma sessions next week, on Jan. 12 and Jan. 15, it is barred from conducting any kind of business during those days — including “beginning to act on received articles of impeachment from the House” — without agreement from all 100 senators. With a cadre of Trump-allied senators in the Republican conference, that unanimous consent is highly unlikely.
McConnell’s memo emphasized that point, noting it would “require the consent of all 100 Senators to conduct any business of any kind during the scheduled pro forma sessions prior to January 19, and therefore the consent of all 100 Senators to begin acting on any articles of impeachment during those sessions”:

In effect, that makes the matter of an impeachment trial an issue that will need to be taken up by Sen. Charles E. Schumer (D-N.Y.), the incoming majority leader, in the first days of the Biden presidency — a move that would almost certainly distract from the president-elect’s immediate agenda to battle the coronavirus pandemic and ensure that his Cabinet nominees get confirmed.

However, House Democrats reportedly plan to introduce articles of impeachment against President Trump on Monday in the wake of the U.S. Capitol riots, which occurred on January 6 — the day Congress gathered to certify the electoral votes.

Under such a scenario, per McConnell’s memo, January 19 would be the earliest date for the procedures to begin, with the Senate receiving “a message from the House that it has appointed impeachment managers, and that the Senate would be ready to receive it.”

Then, on either January 19 or 20, the House managers would “exhibit the articles,” and the Senate would “proceed to consideration of the impeachment articles at 1 p.m., and officially begin the trial” on either January 20 or 21. Trump will already be out of office in either scenario.

Democrat Reps. David Cicilline (D-RI), Ted Lieu (D-CA), and Jamie Raskin (D-MD) are expected to file the articles next week, which accuse Trump of inciting violence at the U.S. Capitol and “gravely” endangering the security of the United States.

According to CNN’s running tally, 237 lawmakers are calling for Trump’s removal via either impeachment or the 25th Amendment.

See also  Disinformation Governance Board ‘Paused,’ Nina Jankowicz Considering Resignation
→ What are your thoughts? ←
Scroll down to leave a comment: