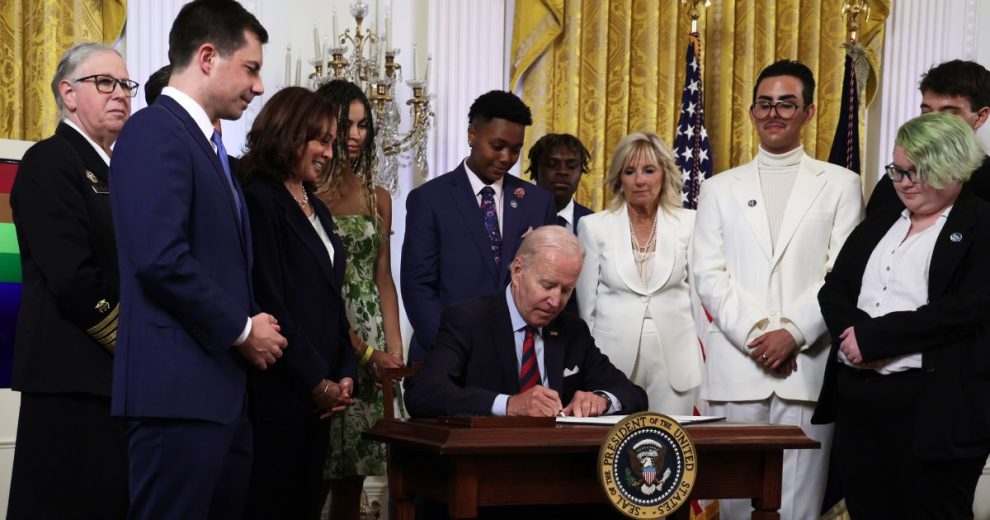 On May 17, just weeks after she was appointed to lead the Orwellian-named branch of the Department of Homeland Security, Nina Jankowicz abruptly resigned and the administration announced the pause of what many described as the “Ministry of Truth.”

The reason? Disinformation, of course!

“The Board has been grossly and intentionally mischaracterized: it was never about censorship or policing speech in any manner,” DHS said in a statement.

Statement on the Disinformation Governance Board ⬇️ pic.twitter.com/KXFDgmYLv1

This was in spite of the fact the board would have lent the resources and the bully pulpit the federal government enjoys to amplify the narrative it chooses in online discourse, and that it had chosen Jankowicz — who had once argued she, as a disinformation expert who was verified by Twitter, should be allowed to edit or provide context to other users tweets — to amplify it.

But never mind. Pop the champagne bottles, as so many opposed to the proposed board did.

“It’s a cause of momentary celebration that the Department of Homeland Security was forced by popular anger to ‘pause’ its Disinformation Board and the absurd Resistance cartoon they hired to run it,” independent journalist Glenn Greenwald tweeted at the time.

It's a cause of momentary celebration that the Department of Homeland Security was forced by popular anger to "pause" its Disinformation Board and the absurd #Resistance cartoon they hired to run it, but read this to see how angry WPost and @TaylorLorenz are that this happened: https://t.co/dCY3VKuEua

The key word in that tweet may have been momentary.

On Thursday, the Biden administration announced the White House Task Force to Address Online Harassment and Abuse, another body to address online “disinformation,” inter alia, with amorphous powers and a similarly vague purview to the Disinformation Governance Board.

Its name sounds a lot more neutered than the “Straight Outta 1984” moniker the DGB was slapped with. That said, the administration managed to find the one member of the distaff gender who might be less welcome in the job than Jankowicz was: Vice President Kamala Harris.

Its name sounds a lot more neutered than the “Straight Outta 1984” moniker the DGB was slapped with. That said, the administration managed to find the one member of the distaff gender who might be less welcome in the job than Jankowicz was: Vice President Kamala Harris.

Just like the DGB, the powers and reach of the task force are more of a rough sketch than a final draft.

The DGB, you may recall, was intended to focus originally on Russian propaganda and “irregular migration.”

The task force, meanwhile, is supposed to be focused on “gender-based violence,” specifically against “[w]omen, adolescent girls, and LGBTQI+ individuals, who may be additionally targeted because of their race, ethnicity, religion, and other factors,” according to a White House memo.

The memo gave the task force until Dec. 13 to develop a “whole-of-government approach” to tackle the issue, which includes working with Big Tech to try to nip it in the bud.

“This affects all of us if it affects any one of us,” Harris said in remarks Thursday, according to a White House transcript. “And we therefore, all of us, have a responsibility to stand together to support those who have gone through this, but to also recognize they shouldn’t have to be alone fighting on this issue.”

“Hate has become so common on the Internet that, as a society, it’s kind of becoming normalized, and for users, some might say unavoidable,” she continued.

The vice president added that “recent events have also made it clear that we face new threats” — and while the context doesn’t make it clear what was being discussed, the mass shootings in Uvalde, Texas and Buffalo, New York were the clear inferences to be made from that statement.

Neither one of those, it’s worth noting, has the slightest whit to do with “women, adolescent girls, and LGBTQI+ individuals” specifically.

And, as the New York Post’s Steven Nelson said during Thursday’s White House media briefing, while reporters were told the task force would be different from the DGB, the memo specifically mentioned combatting “disinformation” as part of its mission.

.@NYPost's @StevenNelson10: "We were told that [the Online Policy Task Force's] going to be different from the Disinformation Governance Board…but the memo…mentioned…'harassment, abuse, & disinformation…targeting women & LGBTQI+ individuals who are public…figures[.]" pic.twitter.com/zA85pRGjzj

White House press secretary Karine Jean-Pierre didn’t have any specific answers as to why it would be different from the DGB, saying she “was not on the background call” and that Nelson should talk to Harris’ team.

Further questions arise when one looks at where “disinformation” is mentioned in the memo.

Now, curious it would mention “online harassment” and “doxing.” That brings up whether the case of Taylor Lorenz would be covered.

Lorenz, you may remember, is the Washington Post reporter who doxed the founder of the Twitter account Libs of TikTok, opening her to death threats and other harassment. Lorenz was unapologetic about that — but here was the lachrymose journalist just a few weeks prior, crying during an interview when she talked about the online harassment she had received, in part because of doxing:

This was Taylor Lorenz a few weeks ago. Never forget pic.twitter.com/jFpusBTmfy

Guess which one of these is likely to draw the attention of the White House Task Force to Address Online Harassment and Abuse?

More ominously, we have the nebulous category of “gendered disinformation.” What does that include?

We obviously don’t know — which is interesting, because a lot of hot-button issues can fit under the aegis of this vague term.

An opinion on transgenderism that departs from liberal orthodoxy? The belief children shouldn’t be subjected to transgender treatments? The idea that men are born men and women are born women, with innate physical and psychological characteristics?

Those could all comfortably fit under the umbrella of “gendered disinformation.”

And that leads us to the equally problematic second mention of the word “disinformation.”

In a section where it described how the task force would “assess and address online harassment and abuse that constitute technology-facilitated gender-based violence,” the memo said it would work at “developing programs and policies to address online harassment, abuse, and disinformation campaigns targeting women and LGBTQI+ individuals who are public and political figures, government and civic leaders, activists, and journalists in the United States and globally” and “examining existing Federal laws, regulations, and policies to evaluate the adequacy of the current legal framework to address technology-facilitated gender-based violence.”

If views about gender or transgenderism that fall afoul of the left are covered under the deliberately nonspecific term “technology-facilitated gender-based violence,” one could theoretically interpret this as an invitation for the Biden administration to put its thumb on the scales of social media — and silence what little freedom is left to speak out on the issue on Silicon Valley’s tech platforms for good.

Now, is this the “Ministry of Truth” 2.0? It’s thoroughly unclear — but the writing on the wall isn’t an appealing augury.

Not only that, the administration managed to find the one female Democrat America would trust less as an arbiter of disinformation than Nina Jankowicz.

Sure, the DGB may have been into cold storage, but it may have taken just a month for the administration to take it out, let it thaw, dress it up in new clothes and give it a new name.