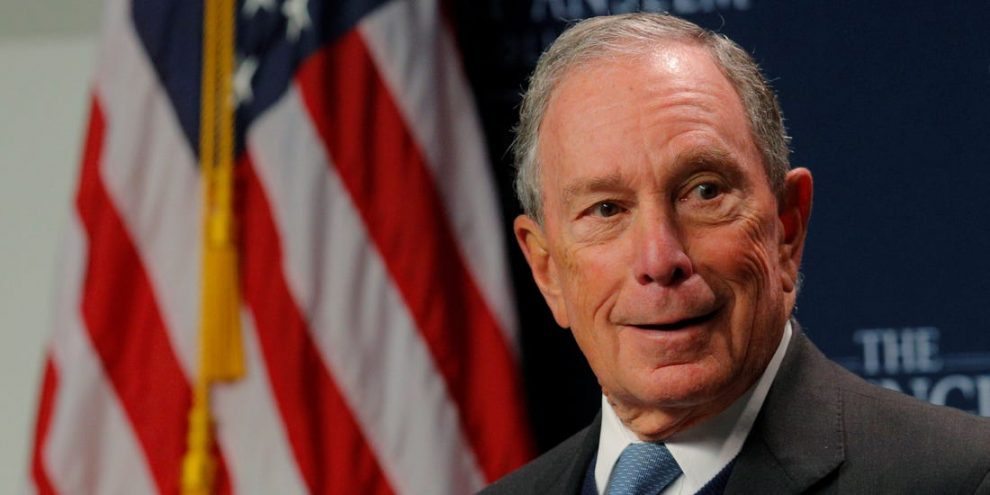 Former New York City Mayor Mike Bloomberg (D) will “reassess” whether his campaign for the presidency should continue following a poor showing in Super Tuesday primaries.

NBC News reporter Josh Lederman said the Bloomberg campaign will take “another look tomorrow, once the data comes in” at whether the billionaire still has a path to the nomination.

“They will take a look to see whether there’s a reason to continue with this after tomorrow,” Lederman added.

WATCH: Josh Lederman reports Bloomberg campaign officials tell him that they will have to "take another look tomorrow, once the data comes in." #SuperTuesday@JoshNBCNews: "They will take a look to see whether there's a reason to continue with this after tomorrow." pic.twitter.com/NDrcAmcMov

Bloomberg, who has spent $500 million of his own money on his White House bid, has only won the American Samoa Democrat caucuses tonight, winning at least four delegates, according to projections.

In contrast, former Vice President Joe Biden has had a much better night, winning Virginia, North Carolina, Alabama, Oklahoma, Tennessee, Minnesota, and Arkansas, according to projections at the time of this writing. Thus far, Sen. Bernie Sanders (I-VT) is projected to take his home state of Vermont and Colorado. Figures from delegate-rich Texas and California have yet to come in.

“We launched our campaign exactly 100 days ago. In that incredibly short time, we’ve built a nationwide coalition focused on building a better future for America, and that starts with defeating Donald Trump in November,” Sheekey said in a statement. “As Mike has traversed the country, meeting with voters in more than 70 cities across 27 states, he’s engaged with voters about his record of taking on tough fights on the issues that matter most to Americans.

“From his unmatched record on gun safety and climate change, to his plans to lead America through a crisis, Mike Bloomberg has shown voters he knows how to get it done,” Sheekey added. “Tonight, only one-third of delegates will be allotted. As Mike said tonight, ‘No matter how many delegates we win tonight, we have done something no one else thought was possible. In just three months, we’ve gone from just 1% in the polls to being a contender for the Democratic nomination.”

‘”Our number one priority remains defeating Donald Trump in November,” he concluded.