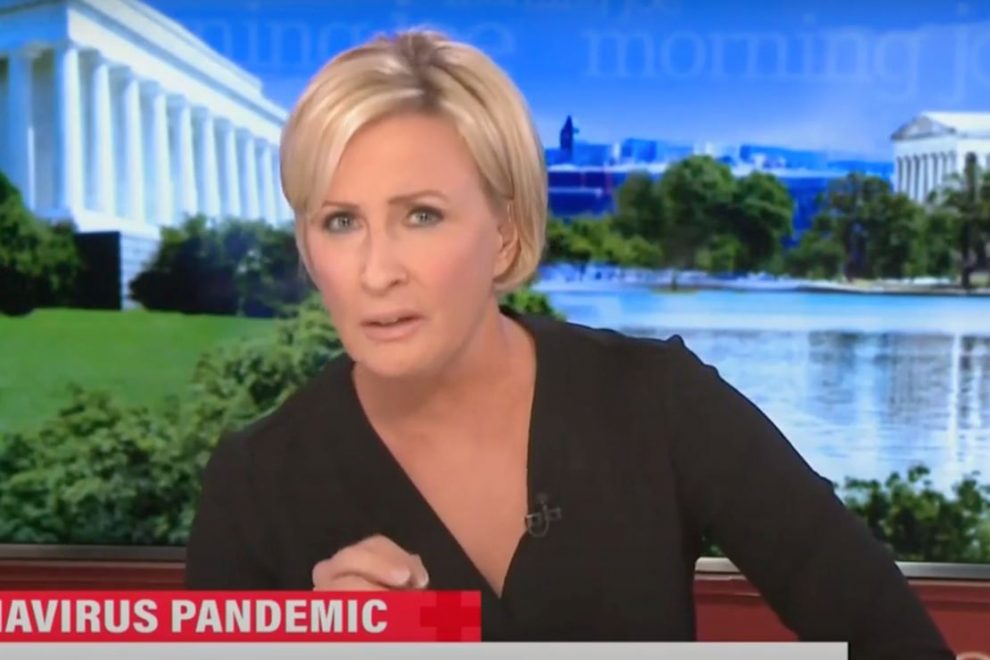 Mika Brzezinski, co-host of MSNBC’s Morning Joe went off on a rant about President Trump today, calling him “sick” and “disgusting,” and calling on Twitter’s Jack Dorsey to censor the President’s tweets. Mika told Twitter, “you should be ashamed of yourself — you’ll be hearing from me on this, because this is BS.”

“He’s tweeting again, all sorts of crazy things … once again tweeting conspiracy theories about Joe [Scarborough], falsely accusing him of murder, talking about the death of a young staffer in his congressional office years ago, and calling him dangerous to walk the streets.”

“That’s sick, Donald, you’re a sick person…to put this family through this… To do this just because you’re mad at Joe, because Joe got ya again today, because he speaks the truth, and he speaks plainly about your lack of interest and empathy in others, and your lack of ability to handle this massive human catastrophe, the fact that you’ve made it worse, and that you make it worse every day, and that you won’t even wear a mask to protect people from your germs.”

MSNBC’s @morningmika, aka Karen, calls President Trump a “sick person” and goes off on Twitter for not taking his Tweets down.

“You’ll be hearing from me” pic.twitter.com/7RaqNgUIPf

Continuing her rant, Brzezinski went on to call on Twitter to censor Trump, and said the Silicon Valley company would be “hearing” from her.

“But the germs you’re spreading on Twitter — first of all, Twitter? You shouldn’t be allowing this. And you should be taking these tweets down. And you should be ashamed of yourself – you’ll be hearing from me on this, because this is BS.”

“But Donald, you’re a sick person,” said Brzezinski, continuing her rant. “You’re really a cruel, sick, disgusting person. And you can keep tweeting about Joe, but you’re just hurting other people. And of course, you’re hurting yourself.”

Brzezinski continued her pressure campaign on Twitter, calling on the CEO, Jack Dorsey, to take down President Trump’s tweets, saying it would make the world “safer.”

.@jack At what point is @Twitter a part of this? TAKE DOWN TRUMP’s ACCOUNT— the world world be safer. Retweet if you agree

In a follow-up tweet, the MSNBC host said that a call was being “set up” with Dorsey.

A call is being set up with @jack and the GC. Thanks for your interest. I will keep you posted https://t.co/eyQwke6KB4

Brzezinski is one of the most stridently anti-Trump voices in the mainstream media. Among her many outbursts, she has previously accused the President of “wanting” white nationalist terror attacks to occur, and has also accused Trump supporters of considering the President to be “more important than the lives of American people.” 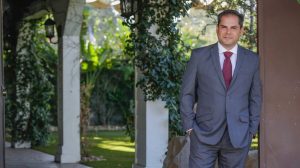 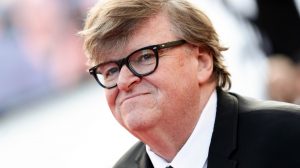 Michael Moore: Earth Will Take ‘Revenge’ on Mankind for ‘Trying to Choke It to F**king Death’ 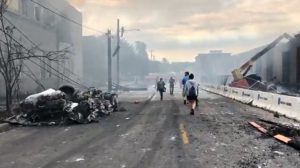