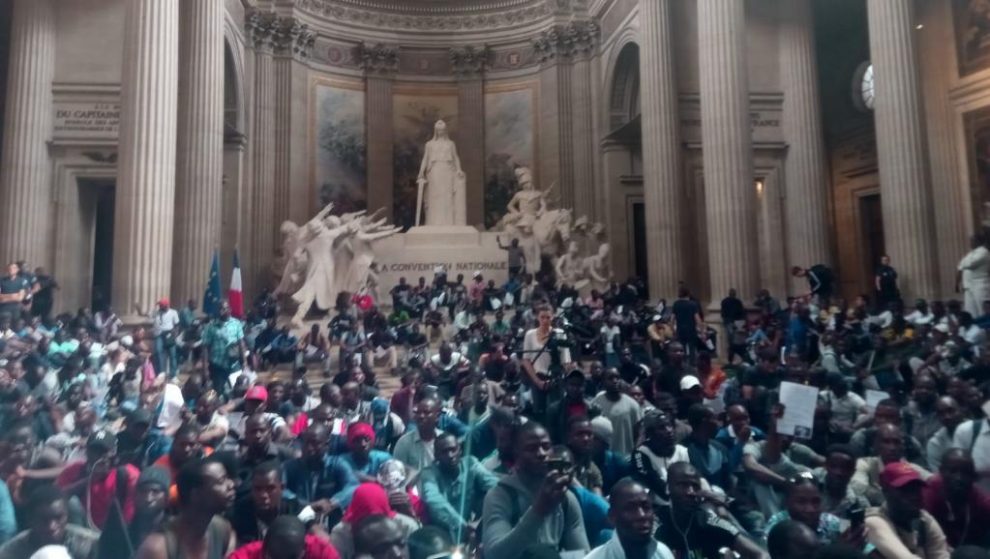 Hundreds of migrants and others associated with the so-called “Black Vests” group stormed the Pantheon in Paris demanding the French state grant them residency papers and free housing.

The incident took place on Friday afternoon and saw the protesters chant various slogans demanding that the government of French president Emmanuel Macron acquiesce to their demands, BFMTV reports.

The group La Chapelle Debout! took to Twitter to take responsibility for the incident and demanded a meeting with French prime minister Edouard Philippe, writing, “papers and freedom for all!”

A report from Reuters has claimed that as many as 200 to 300 protesters took part, claiming that most were illegal migrants from West Africa and that protestors managed to break into the Left Bank Mausoleum where various noted historical French men and women are buried.

Populist National Rally (Rassemblement National) leader Marin eLe Pen reacted to the protests with outrage on Twitter, saying, “It is INADMISSIBLE to see illegal immigrants claiming to occupy, with impunity, this high place of the Republic that is the #Panthéon.”

“In France, the only future for an illegal immigrant should be deportation, because it is the LAW,” she added.

The protest comes only months after another protest by La Chapelle Debout and the “Black Vests” at Paris’s Charles De Gaulle airport, which saw hundreds of migrants occupy the airport chanting, “France does not belong to the French! Everyone has a right to be here!”

The protests come after France has seen two years in a row of record-breaking numbers for asylum claims. Recent reports suggest that the continued influx is putting an enourmous strain on the French administration.

WATCH: ‘France Does Not Belong to the French!’ – Hundreds of Illegal Migrants Occupy French Airport https://t.co/Q1Rr1SvhIO 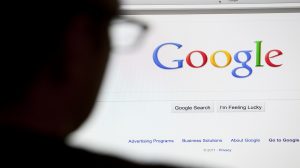 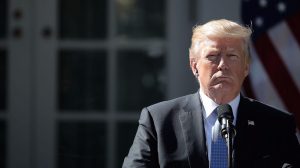 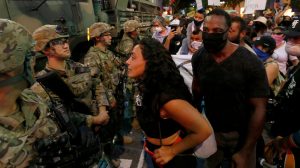