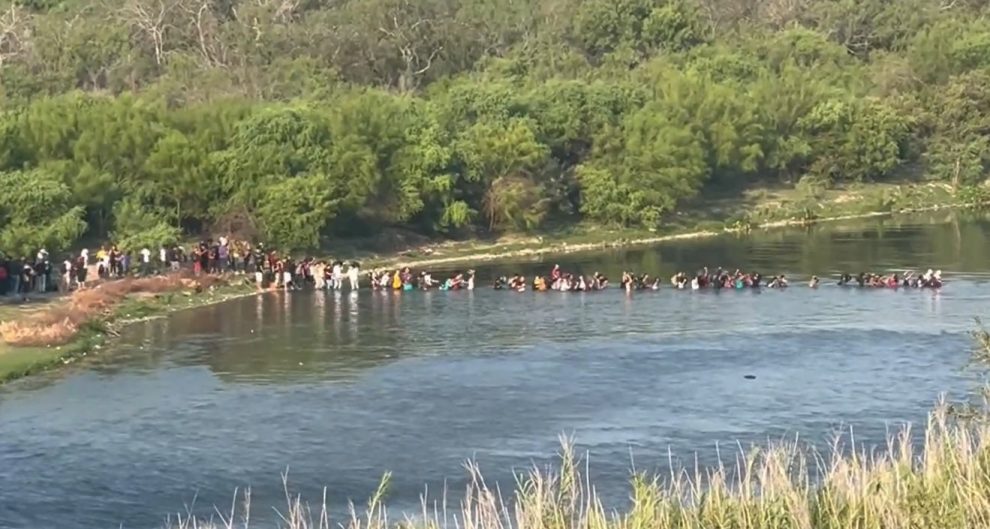 Americans are suffering in the disastrous Biden economy.

2022 is the worst year for the major markets since 2008 during the Great Recession. Bonds are at a 49-year-low and the stock market fall has left 401ks decimated.

Home sales are plummeting across the country and the average American’s largest asset is melting away.

The average American needs an extra $11,500 annually to keep up with Biden’s inflation.

But there are some who are thriving under Biden’s disastrous leadership.

Migrant smugglers at the porous Southern border are cashing in. In the last 12 months alone, the cartels that control the migrant smuggling economy have made at least $2.6 billion.

In just one example, in September, Tania Estudillo Hernandez was arrested in Arizona in connection with human smuggling charges.

The migrant smuggling economy at the U.S.-Mexico border now tops $20 billion and the cartels have made at least $2.6 billion in profit over the past 12 months just from controlling the routes illegal immigrants use, according to a Washington Times analysis.

Both amounts are up substantially from the Trump and Obama years because more people are coming to the border and because they are paying higher prices.

Mexican migrants are paying an average of $8,600 in total smuggling fees this year, according to The Washington Times’ database of smuggling cases. That’s up roughly $2,000 from 2019, the last pre-pandemic year under the Trump administration. Migrants from El Salvador, Honduras and Guatemala are paying about $11,500 for the trip, up from $9,000 in 2020 and $7,900 in 2019, The Times’ data shows.

The migrant surge that began at the start of the Biden administration is still going strong 20 months later. The numbers paint a grim picture of how the surge has fattened the wallets of the cartels that control the smuggling economy.

One yardstick is the mafia fee, or “piso” — literally, the tax — migrants pay to cartels to use their routes into the U.S. Nearly every migrant pays, and the rate has increased to $1,300 per person. That is up more than 50%, from about $850 in the Trump years.

The Border Patrol nabbed nearly 2.2 million people trying to sneak into the country from Mexico over the past 12 months. Subtracting repeat crossers who may have paid only once for multiple attempts, adding in estimated “gotaways” who avoid capture, and figuring conservatively that 90% of migrants pay the piso means the cartels have made $2.6 billion over the past year on crossing fees alone.

See also  Maricopa County Moves Election Certification to ONE HOUR Before They Were Subpoenaed to Cough Up Election Records
Share this article: