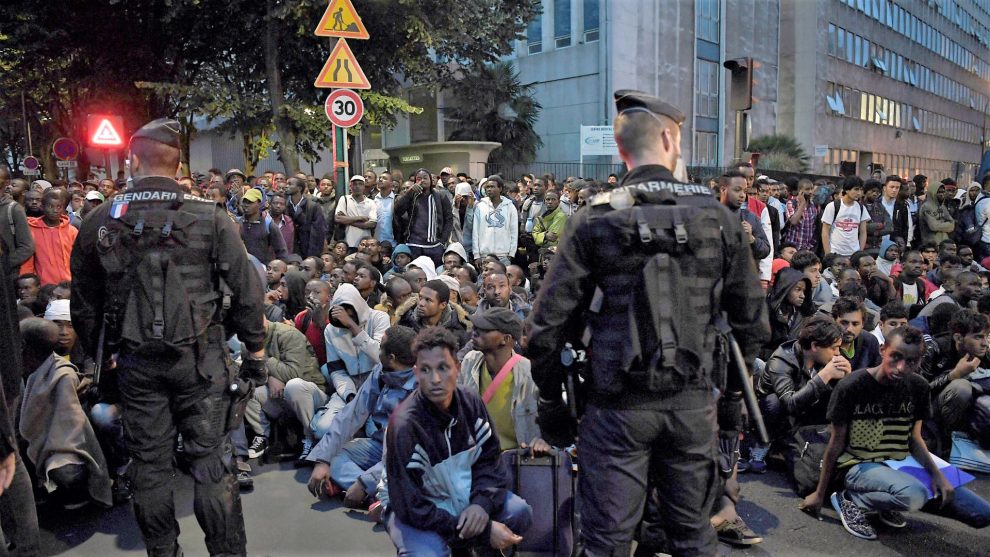 A 28-year-old man from Mali has been indicted for raping prostitutes in the no-go Paris suburbs of Seine-Saint-Denis last month and robbing them afterwards.

The incidents are said to have taken place last month in July in the department of Seine-Saint-Denis but the Malian migrant was not taken into custody until last Friday, when he was intercepted as investigators believed he was heading to Charles-de-Gaulle airport on the Paris metro.

On Tuesday, the Malian was indicted by a local judge for “rape of people engaging in prostitution” and “robbery with violence” after being held in police custody for around 96 hours, Actu 17 reports.

The man is believed to have raped both of his victims and then robbed them while holding them at knifepoint, according to investigators of the departmental service of the judicial police of Seine-Saint-Denis (SDPJ).

After police arrested the Malian on Friday afternoon he gave officers a false identity, with a source close to the investigation telling Actu 17: “When he understood that he was being arrested, he finally gave his true identity, before being taken into custody in the premises of the SDPJ.”

Investigators say they are still looking into the possibility that there may be more victims of the man.

Paris has seen similar cases in the past of migrants abusing and robbing prostitutes, with three young homeless illegals from Egypt being arrested in 2019 for allegedly beating and robbing several transgender prostitutes in the Bois de Boulogne park.

Last year, nine migrants were indicted in one of the most publicised cases of violence toward prostitutes in Paris, involving the murder of transgender prostitute Vanea Campos in August of 2018.

The suspects in the case were members of a gang who would go around robbing both prostitutes and their clients. The prostitutes eventually hired their own security but, on the night of the murder, the gang came with weapons, including a firearm stolen from the vehicle of a French police officer.

The gun was later used to kill Campos. The man suspected of pulling the trigger fled the country and was not arrested until the following year, when he was found in Germany living in a home for migrants.