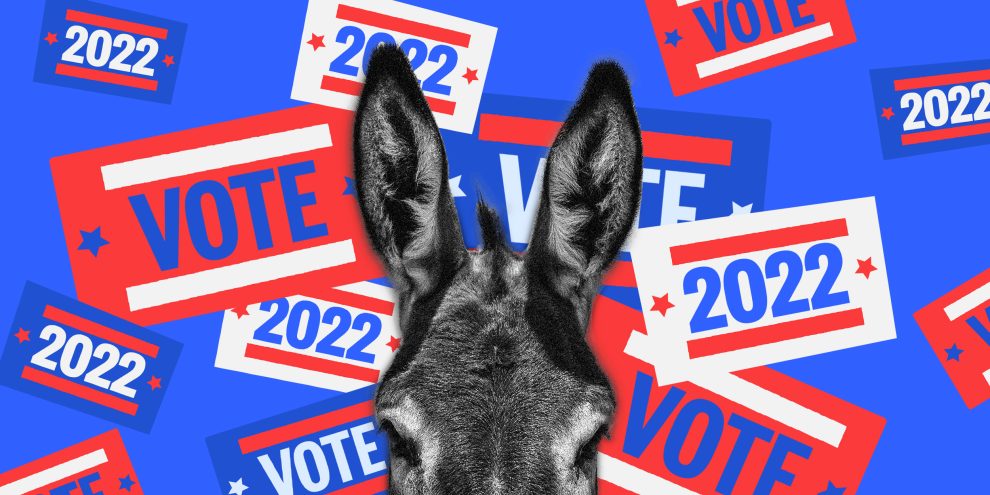 It is currently a popular meme that the Republicans are poised for a Congressional sweep in the 2022 midterm elections, perhaps flipping as many as 40 — some say 60 — seats and regaining control of both houses. After all, the Democrats have performed so poorly across the board, whether in foreign policy, the economic realm, the maelstrom at the southern border, and in the overall domestic havoc they have wrought, as to constitute a disaster not seen in many decades, if not in living memory.

Is this about to change? Victor Davis Hanson is not so sure. “The traditional bedrocks of the American system,” he writes, “a stable economy, energy independence, vast surpluses of food, hallowed universities, a professional judiciary, law enforcement, and a credible criminal justice system — are dissolving … The common denominator in all of this is ideology overruling empiricism, common sense, and pragmatism … Is that not the tired story of left-wing revolutionaries from 18th-century France to early 20th-century Russia to the contemporary disasters in Cuba and Venezuela?”

As the 2nd century B.C. Greek historian Polybius wrote in The Histories, a detailed study of the Roman wars and the revolving nature of political regimes, “democracy in its turn is demolished and changes into the rule of force and violence” — a thesis recently developed by Ryszard Legutko in The Demon in Democracy, where he warns about the “vulgarization of Liberal norms and practices” and the violation of the “strict and demanding rules derived from religion and classical ethics.” The precession of the political equinoxes is a fact of history, and the issue is whether it is America’s turn to corroborate such historical predictions.

One hopes not and the signs appear modestly encouraging, at least in the presidential interim. At the moment, the nation on the whole seems to have had enough of Democrat malfeasance and the increasingly rapid slide into political tyranny and social misery. Consequently, as many believe, a patriot tsunami — a “red wave” — is set to obliterate the opposition. Republican officials, candidates, and their supporters are exulting, savoring an unprecedently massive victory in the polls. But not so fast. Despite the auspicious news, the crystal ball is far more clouded than is confidently assumed. The Democrats may have created a domestic shambles of their political tenure, but bad guys rarely come last — or only too late to repair the devastation they have caused.

“The Democrat Party,” Alexander Markovsky writes in Liberal Bolshevism, represents “an epochal shift to an ideology that signifies the total inversion of American historical traditions and values.” Indeed, it is not so much a party as a criminal organization that knows how to rig a game. Dinesh D’Souza made that clear in his damning exposé 2000 Mules. The Democrats are aware that they cannot win a fair election.

We need, therefore, to expect a crisis of convenience — another war, or a medical emergency, most likely another pandemic caused by yet another rogue variant, now probably in the early planning stages — “more lockdowns,” as Hanson says. Whether orchestrated or adventitious, COVID-19 was just such a crisis of opportunity and the Democrats took full advantage of it, using all their resources in government, media, and the coterie of public health officials to leverage the pandemic and to “fortify” the 2020 election, as Time coyly put it. We have no idea yet what the “newflu” will be called — perhaps the Pi variant, with its infinite string of decimals, would be appropriate — but it seems more than likely to come.

Like Hanson, Michael Newton is distressed by the unfolding political scene, writing in The Path to Tyranny that “The United States is repeating the mistakes of the past: redistributing wealth through a progressive tax system, expanding the size of government, creating fictional wars where none exist, enriching the political class, establishing an army of unelected bureaucrats to control the lives of the people” and deliberately flirting with bankruptcy. He asks, “How do we fight for freedom and oppose the approaching tyranny?”

On one level, his answer to his rhetorical question is unexceptionable. “Obviously, we must vote in elections and support those in politics who defend our liberty and the Constitution.” This is what an apparent majority of the voting public is prepared to do. But on another level, it completely misses the point, at least in the present electoral context. The ballot is not secure, electoral integrity laws notwithstanding. It seems safe to say that the Dems have no intention of losing the midterms, and one can rest assured they will pull out all the stops to ensure their success. There can be no room for conservative complacence and certainly not for premature celebration. Given its catastrophic track record, lack of political accountability, and recidivist smarts, the Democrat Party cannot be written off.

The chances are, then, that the “red wave” may be stopped at the electoral dikes. Legitimate votes, as demonstrated by the Supreme Court’s craven dismissal of the amicus brief filed by Texas and 18 states protesting the illegitimate devaluation of genuine ballots, may not be able to compete with a countervailing deluge of dark money and another kind of tsunami flooding the urban polls in the dead of night. Unless the Republicans are braced with foresight and practical solutions to avert such a plausible eventuality, COVID-22 might well see yet another compromised election.