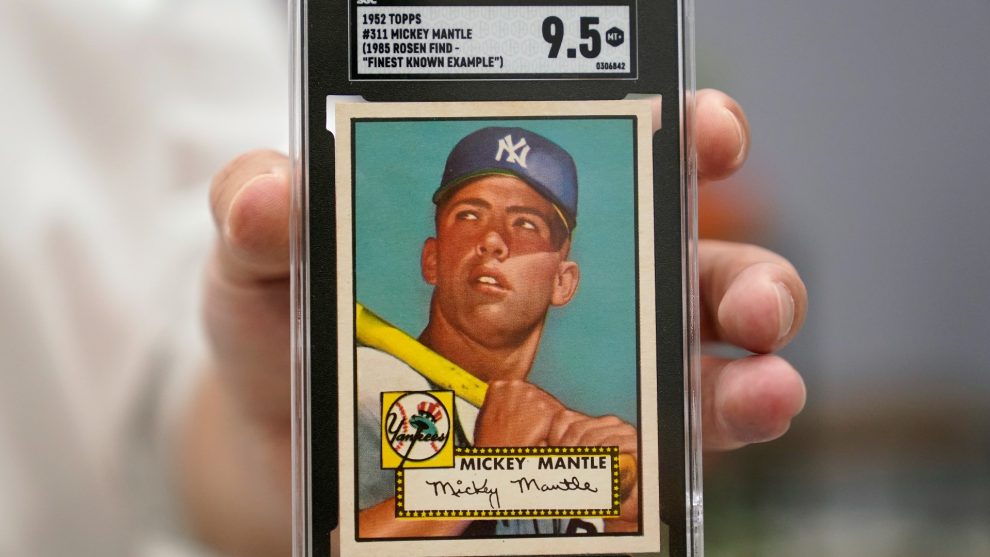 A pristine Mickey Mantle baseball card from the Yankee Hall of Famer’s rookie season fetched a whopping $12.6 million at auction, shattering the prior record for any piece of sports memorabilia.

The 1952 Topps card, graded a 9.5 for condition, is the “finest known example” of the slugger’s first-season card. Mantle, who hit 536 home runs over his 18-year career, has long been a favorite of collectors. The anonymous buyer purchased the card Saturday at a memorabilia sale by Heritage Auctions.

“This card is arguably the finest-condition example of the most iconic post-war card in the world,” Chris Ivy, Heritage’s director of sports auctions, said in a statement. “That grade, plus the fact it has documented provenance from the most storied find in hobby history, puts this card in a category of its own.” 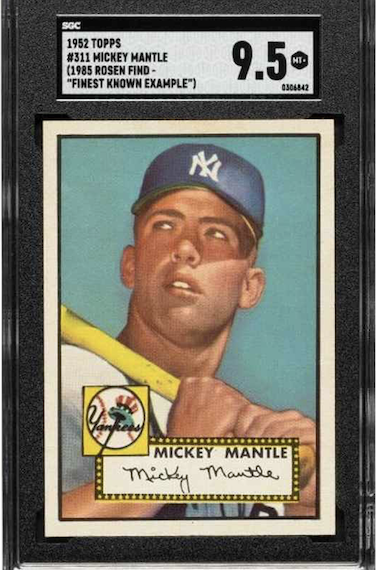 The previous record price paid for a baseball card was $7.25 million, set earlier this month by the sale of a T206 Honus Wagner card. The Wagner card, put out from 1909-1911 by the American Tobacco Company, is especially rare because the Pittsburgh Pirates great demanded it be pulled over his objection to smoking. Another Wagner T206 sold a year ago for $6.606 million. 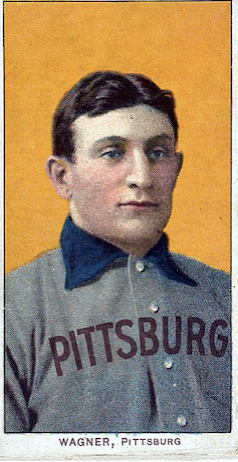 A 1952 Topps Mickey Mantle card graded at 9 sold for $5.2 million earlier this year.

The provenance of the record-setting Mantle card is the stuff of legends. Well-known collector Alan Rosen reportedly got a call in 1986 from a Boston-area forklift operator who told him a pal, Ted Lodge, had inherited it from his late father and wanted to sell it. Lodge’s father had worked as a truck driver for Topps and had saved several boxed sets of the entire 1952 series.

That buyer, Anthony Giordano, rejected several private, multimillion-dollar offers until his sons persuaded him to have the card graded put under the hammer.

In the same auction, Heritage sold an autographed Hillerich & Bradsby bat used by Babe Ruth sometime around 1920 for $1.68 million.