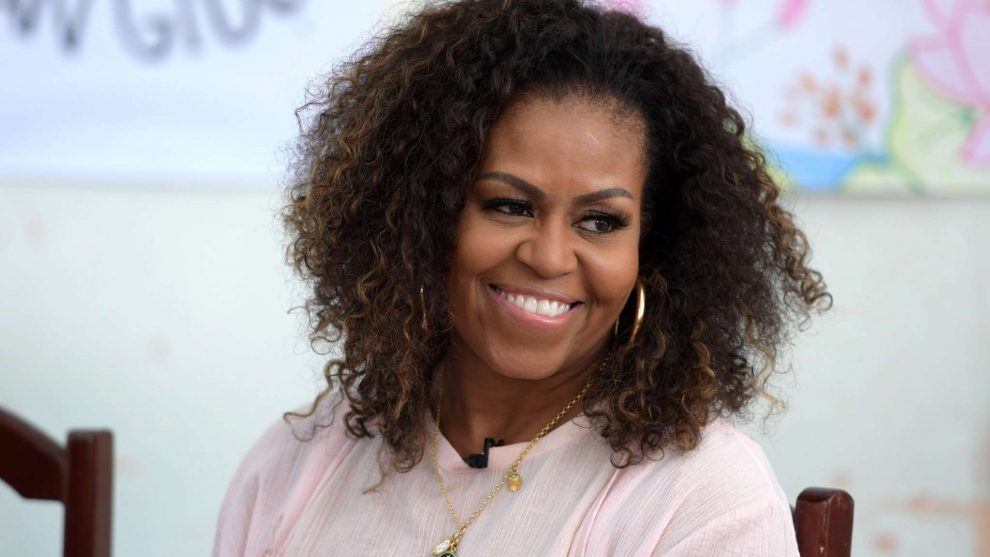 Americans “watch in horror as children are torn from their families and thrown into cages,” she said, reviving a claim that produces a strong emotional reaction among Democrat-leaning voters.

A fact check by the Associated Press said:

THE FACTS: The reference to cages is misleading and a matter that Democrats have persistently distorted.

Trump used facilities that were built during the Obama-Biden administration to house children at the border. They are chain-link enclosures inside border facilities where migrants were temporarily housed, separated by sex and age.

At the height of the controversy over Trump’s zero-tolerance policy at the border, photos that circulated online of children in the enclosures generated great anger. But those photos — by The Associated Press — were taken in 2014 and depicted some of the thousands of unaccompanied children held by President Barack Obama.

Some children were separated in 2019 because Trump ordered officials to prosecute illegal migrants for crossing the border. The process required that the parents be sent to criminal jails, and some children had to be kept in different facilities.

The Democrats used images from 2014 to illustrate their 2019 claims — even though the photos showed migrant youths during Obama’s term.

The establishment media played up the emotional themes. For example, a Vox.com article on the problem used this headline: “The horrifying conditions facing kids in border detention, explained: On any given day, 2,000 children are in Border Patrol custody, and the problems are hardly confined to one facility.”

The Democrat claims were aided by the migrants voluntarily split from their families before crossing the border. For example, a married mother and father would divide their children and cross the border separately. The tactic was designed to use the children as a shield against the prosecution or either parent.

That splitting tactic worked because Democrats and media allies successfully used the separated children as an emotional argument against Trump.

However, most of the “family units” were allowed through the border because the border agencies lacked the detention space to hold the massive flood. Most of the children are now enrolled in packed U.S. schools while their parents work for low wages — often illegally — amid the coronavirus crash.

Since then, Trump has changed regulations to block nearly all of the blue-collar migration across the border, including children who claim to be traveling alone. That quiet regulatory change has gotten minimal media coverage, even though it has blocked many single workers, intact families, as well as the youths and children who are using the legal status of “Unaccompanied Alien Children” to reach their illegal-migrant parents working in the United States.

The pro-migration groups have filed numerous lawsuits to reopen the migration channels.