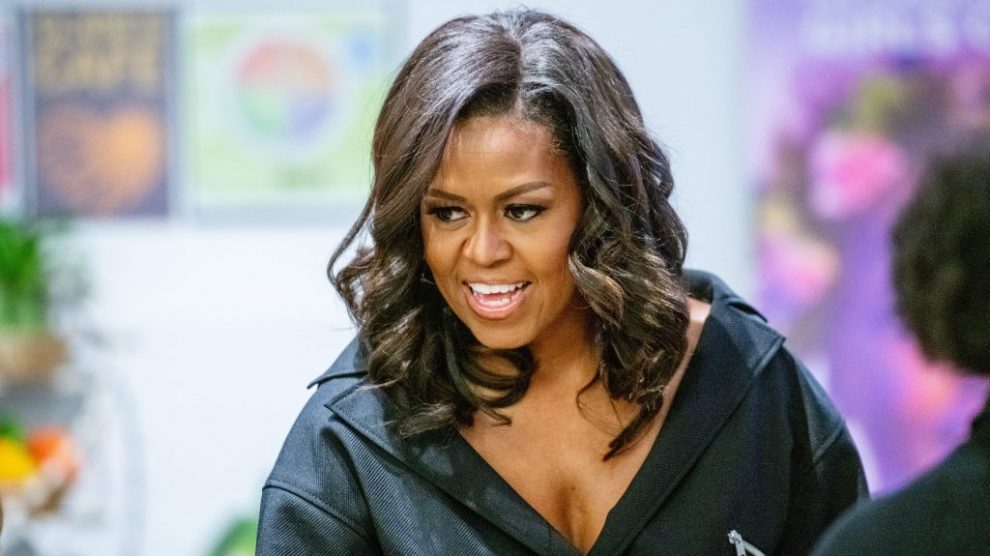 Former First Lady Michelle Obama criticized white Americans in her latest edition of The Michelle Obama Podcast, stating that she was treated like she didn’t exist during the presidency of her husband Barack.

“When I’ve been completely incognito during the eight years in the White House, walking the dogs on the canal, people will come up and pet my dogs, but will not look me in the eye. They don’t know it’s me,” Obama recounted, adding later: “That is so telling of how white America views people who are not like them, like we don’t exist. And when we do exist, we exist as a threat. And that’s exhausting.”

During another part of the podcast, Obama recounted how she, daughters Sasha and Malia, and friend Denielle Pemberton-Heard went for ice cream. “We had just finished taking the girls to a soccer game. We were stopping to get ice cream and I had told the Secret Service to stand back, because we were trying to be normal, trying to go in,” Obama recalled. “There was a line, and… when I’m just a black woman, I notice that white people don’t even see me. They’re not even looking at me.”

“So I’m standing there with two little black girls, another black female adult, they’re in soccer uniforms, and a white woman cuts right in front of us to order. Like, she didn’t even see us,” the former first lady continued. “The girl behind the counter almost took her order. And I had to stand up ’cause I know Denielle was like, ‘Well, I’m not gonna cause a scene with Michelle Obama.’ So I stepped up and I said, ‘Excuse me? You don’t see us four people standing right here? You just jumped in line?’”

She added: “She didn’t apologize, she never looked me in my eye, she didn’t know it was me. All she saw was a black person, or a group of black people, or maybe she didn’t even see that. Because we were that invisible.”

See also  FDA Commissioner: ‘Don’t Think We Need the Defense Production Act’ – ‘There Is Formula out There’
→ What are your thoughts? ←
Scroll down to leave a comment: