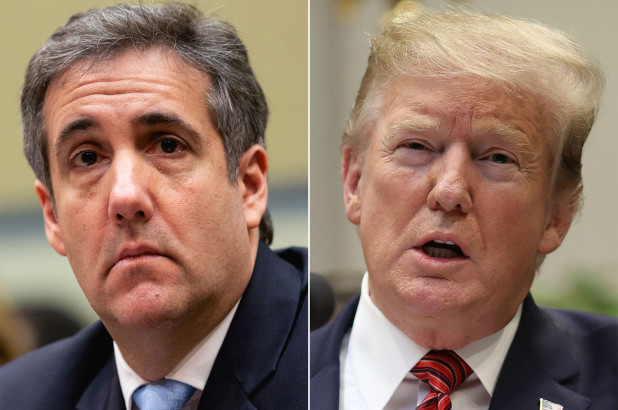 Remember when Michael Cohen told the House Oversight Committee last week the he “never asked” for a presidential pardon? As it turns out, that wasn’t true.

Now, the Murdoch-owned paper has followed up its original report with something even more damning: While Cohen could have easily claimed that he didn’t instruct his lawyer to ask about a pardon, the paper  said Thursday that Cohen had in fact asked about a pardon, citing comments from his attorney, Lanny Davis. According to Davis, Cohen explicitly told Ryan to “explore possibilities of a pardon.”

Lanny Davis, a lawyer for Mr. Cohen, said Wednesday that in the months after the FBI raid, Mr. Cohen was open to a pardon from the president.

“During that time period, he directed his attorney to explore possibilities of a pardon at one point with Trump lawyer Rudy Giuliani as well as other lawyers advising President Trump,” Mr. Davis said. He referred to the discussions with the president’s lawyers as the “ongoing ‘dangling’ of a possible pardon by Trump representatives privately and in the media.”

Ostensibly, Ryan met with the Trump attorneys to review documents and files that had been seized from Cohen’s office after Cohen entered into a joint defense agreement with the Trump legal team. However, Cohen later broke with that agreement and started cooperating with Manhattan prosecutors. Around that time, he hired Davis, a Clinton-linked Democratic super attorney.

Still, Davis argued that Cohen’s statement to the House Committee had been truthful because he had instructed Davis to “never accept a pardon” from Trump.

“After July 2, 2018, Mr. Cohen authorized me as a new lawyer to say publicly Mr. Cohen would never accept a pardon from President Trump even if offered. That continues to be the case,” Mr. Davis said Wednesday. “His statement at the Oversight Hearing was true—and consistent with his post-joint defense agreement commitment to tell the truth.”

Congressional investigators have been probing conversations between lawyers for Mr. Cohen and the president about possible pardons, according to document requests issued Monday by the House Judiciary Committee to dozens of Trump associates, including Mr. Sekulow and Mr. Cohen.

Davis’s revelation about Cohen’s seeking a pardon came after the House Judiciary (led by Democratic Rep. Jerry Nadler) subpoenaed dozens of Trump administration and campaign officials and associates as it seeks to revive the Russia collusion narrative. Both Cohen and Sekulow were among the individuals who received subpoenas.

So, will Cohen face any repercussions for lying to Congress again last week? We somehow doubt the Democrat-controlled House will make this a high priority, particularly as Cohen prepares to report to jail in May.