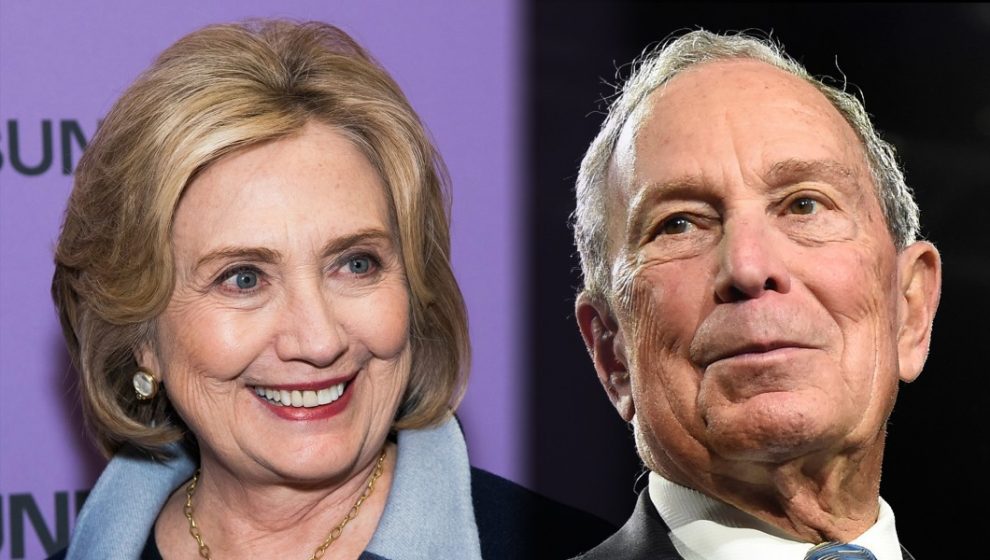 Former Mayor Michael Bloomberg is considering choosing failed presidential candidate Hillary Clinton as a running mate, according to the Drudge Report on Saturday.

Matt Drudge launched a siren banner on the front page of the Drudge Report to highlight the news, citing sources close to the Bloomberg campaign.

According to those sources, internal campaign polling found that the Bloomberg/Clinton ticket would be a formidable force to tackle Trump in the general election.

Bloomberg is even considering switching his residency out of New York so they could both run on the same ticket:

DRUDGE: Bloomberg himself would go as far as to change his official residence from NY to homes he owns in CO or FL, since electoral college makes it hard for a POTUS and VPOTUS to be from same state. https://t.co/XH3TJA9nas pic.twitter.com/NuOy9w6HM8

Clinton told Ellen DeGeneres on Thursday that you “never say never” to a request to be a vice presidential candidate.