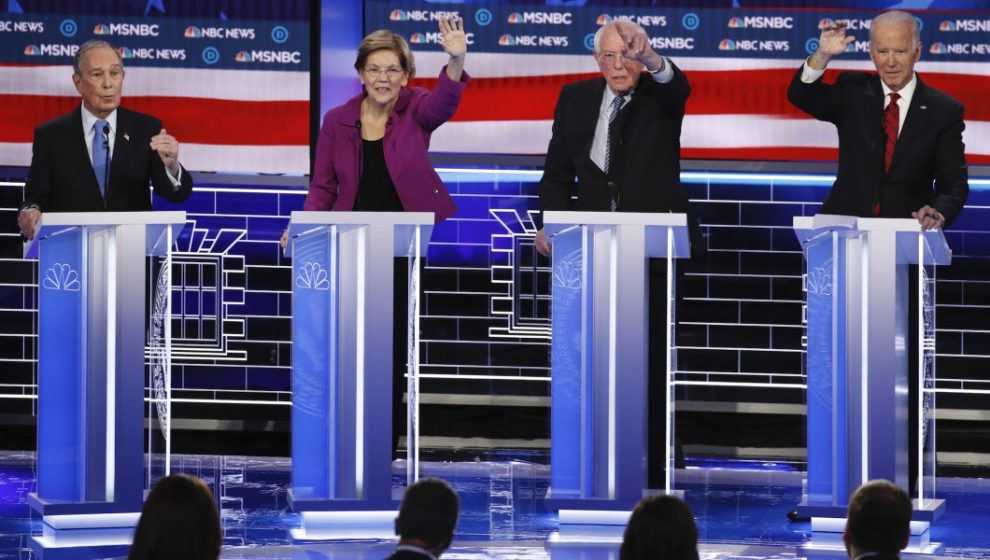 Sanders spoke during the ninth Democrat presidential primary debate on NBC about empowering workers, giving them ownership of the companies they work for, and allowing them to sit on corporate boards.

Bloomberg grew frustrated by Sanders’ rhetoric, saying that it would make it much easier to get Trump reelected.

“This is ridiculous, we’re not going to throw out capitalism, we tried that, other countries tried that, it was called communism and it just didn’t work,” he said.

Bloomberg defended his billionaire status and said he was spending his wealth to help out the country.

“I’ve been very lucky, made a lot of money, and I’m giving it all away to make this country better,” he said. “And a good chunk of it goes to the Democratic party as well.”

Sanders later criticized Bloomberg for using the word communism as a “cheap shot,” reminding the audience that he is a “democratic socialist.”