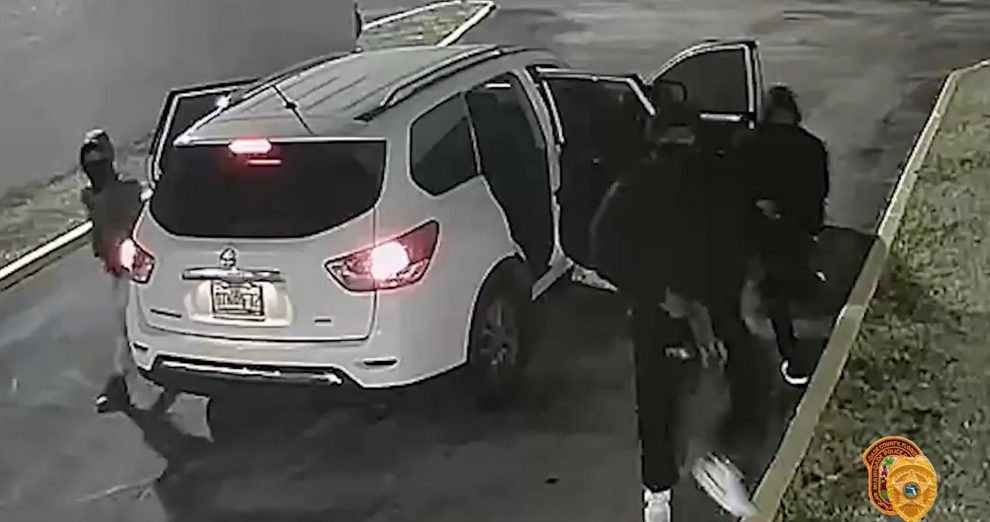 Police have released video footage of the three suspects who committed a mass shooting at a concert in concert in Florida that left two dead and 20 others injured. The video shows three suspects getting out of a white mini-van or SUV. They run off and return quickly, jumping back in the vehicle and driving away.

#BREAKING: Police release video of the suspects responsible for the mass shooting that killed 2 and left 20 injured, including 3 that are in critical condition in #MiamiDade, #Florida pic.twitter.com/E8augNYEtY

The El Mula Banquet Hall near Hialeah in Miami-Dade County had reportedly been rented out for a rap concert. The shooting happened just after midnight, according to Miami-Dade Police director Alfredo “Freddy” Ramirez.

According to investigators, “The subjects’ SUV approached the front of the business, three subjects exited the vehicle and began shooting indiscriminately into the crowd. The subjects entered the SUV and fled the scene.”

The assailants reportedly used both rifles and handguns—with officers finding hundreds of casings at the crime scene.