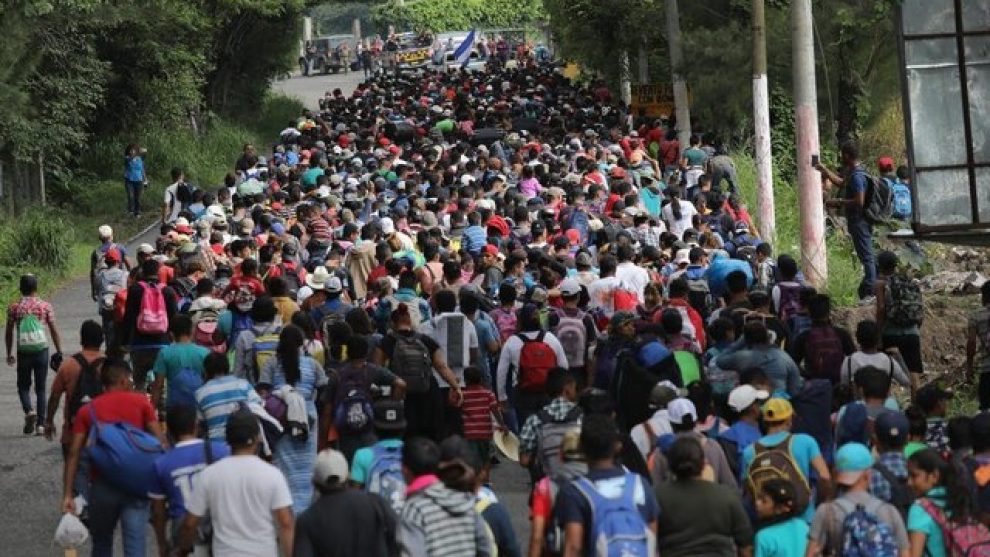 Mexico is bracing for the possible arrival of the “mother of all caravans,” even as doubts arise over whether the group of Central American migrants will be all that big.

Interior Secretary Olga Sanchez Cordero has said a caravan of migrants from El Salvador, Honduras and Guatemala could be forming.

“We have information that a new caravan is forming in Honduras, that they’re calling ‘the mother of all caravans,’ and they are thinking it could have more than 20,000 people,” Sanchez Cordero said Wednesday.

But a WhatsApp group calling for people to gather Saturday in El Salvador to set off for Guatemala only has about 206 members.

Activist Irineo Mujica, who has accompanied several caravans in Mexico, said reports about “the mother of all caravans” were false, claiming “this is information that (U.S. Homeland Security Secretary Kirstjen) Nielsen is using to create fear.”

His group, Pueblo Sin Fronteras, said in a statement there was no evidence the new caravan would be that large, noting “there has never been a caravan of the size that Sanchez Cordero mentioned.” Indeed, past caravans hit very serious logistical hurdles at 7,000-strong.

She and others suspect the administration of President Donald Trump may be trying to fan fears of a big caravan to turn the U.S. national agenda back to the immigration issue.

Honduran activist Bartolo Fuentes, who accompanied a large caravan last year, dismissed the new reports as “part of the U.S. government’s plans, something made up to justify their actions.”

Later Thursday, Honduras’ deputy foreign minister, Nelly Jerez, denied that a “mother of all caravans” was forming in her country.

“There is no indication of such a caravan,” Jerez said. “This type of information promotes that people leave the country.”

A caravan of about 2,500 Central Americans and Cubans is currently making its way through Mexico’s southern state of Chiapas. The largest of last year’s caravans in Mexico contained about 7,000 people at its peak, though some estimates ran as high as 10,000 at some points.

Mexico appears to be both tiring of the caravans and eager not to anger the United States. It has stopped granting migrants humanitarian visas at the border, and towns along the well-traveled route to Mexico City sometimes no longer allow caravans to spend the night.

“We are going to do everything we can to help. We don’t in any way want a confrontation with the U.S. government,” he said. “It is legitimate that they are displeased and they voice these concerns.”

Sanchez Cordero has pledged to form a police line of “containment” around Mexico’s narrow Tehuantepec Isthmus to stop migrants from continuing north to the U.S. border.

The containment belt would consist of federal police and immigration agents, but such highway blockades and checkpoints have not stopped large and determined groups of migrants in the past.