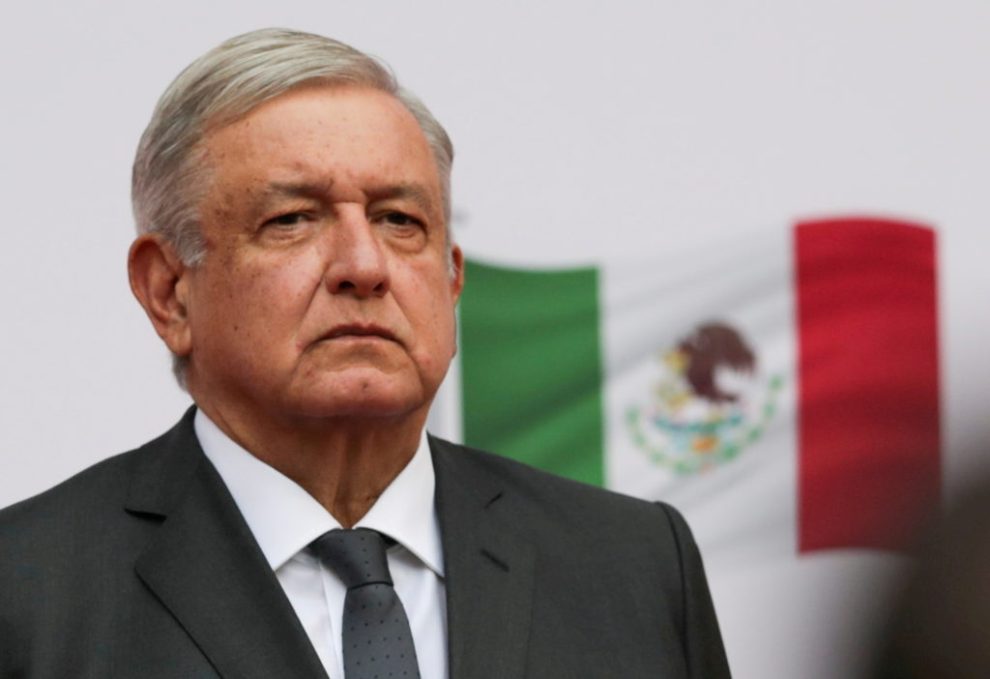 “I will go in July to visit [President Joe Biden] at the White House and I want to discuss with him the issue of the integration of all America,” President Andrés Manuel López Obrador said at a press conference in Mexico’s presidential palace. He continued: “My position is that, just as how the European community was created … we have to do that in America.”

However, any unification could only come after the United States and southern countries resolve their disagreements, he said: “There has to be a change in the policy, an end to confrontation, an end to hate, an end to threats, the blockades, the foreign interference, and choose brotherhood, good neighbor policies.”

The same continent-wide superstate was pushed in 2001 by President G.W. Bush and Mexico’s then-president, Vicente Fox. Their unpopular “Any Willing Worker” plan would have allowed U.S. employers to easily import low-wage employees from central and south America. It was derailed following the 9/11 attack.

The policy would spike Wall Street and Fortune 500 profits by giving them floods of cheap foreign workers plus many new foreign consumers.

López Obrador’s statement cane during a long complaint about U.S. politics, and the supposed power of the anti-Latino Cuban voters in the United States:

I have a very good relationship with President Biden, he is a good man. In this case, I feel that there are a lot of pressures on the part of the Republicans and above all from some leaders of the Republican Party and also in the Democrat Party that has to do with the Cuban community in Florida and in the United States.

Of course, the most inhuman, anti-immigrant, authoritarian [politicians] are the Republicans. But there are also those in the Democratic Party too … [For example, Sen. Bob Menendez, D-N.J.] he is from the Cuban community — and this one has enormous influence.

López Obrador’s push is tied to long-standing dreams by South American elites for their own southern-hemisphere superstate. The idea was pushed by Simon Bolivar (1783-1830) in the early 1800s but failed because of the distance and diversity of South America.

Why not bring to [reality] the dream of Bolivar, including the United States and Canada? It is good for us based on our cultural relations, our friendship, but also because of economic and commercial relations. … We [

López Obrador and Biden] will talk about that. I also want to talk about Central America because it is not possible that we do not tend to the causes and [the U.S. tries] to resolve everything with coercive measures regarding immigration. And other issues that we could continue to work on together in the economic integration regarding our sovereignties, the ability to complement each other to face inflation.

“Not anymore, we will not remain silent anymore in the face of insults to immigrants and Mexicans. And I will insist on immigration reform,” he said.

He blamed the GOP — and its anti-migration wing — for the political barriers to greater unification between the United States and southern and central America:

I am talking now about the attitude of the Republican Party, who surely will drive with their spokesmen that the [this week’s] Summit [of the Americas] was a failure. Well, yes, it is possible it will be a failure, but they are the responsible ones for maintaining a policy of closure and not openness.

Like Bolivar, López Obrador suggested his policies should not be curbed by voters in democracies. “The option is [continentall] transformation and you have to dare to do it. And you don’t have to keep thinking about the next election, you have to think about the next generation.”