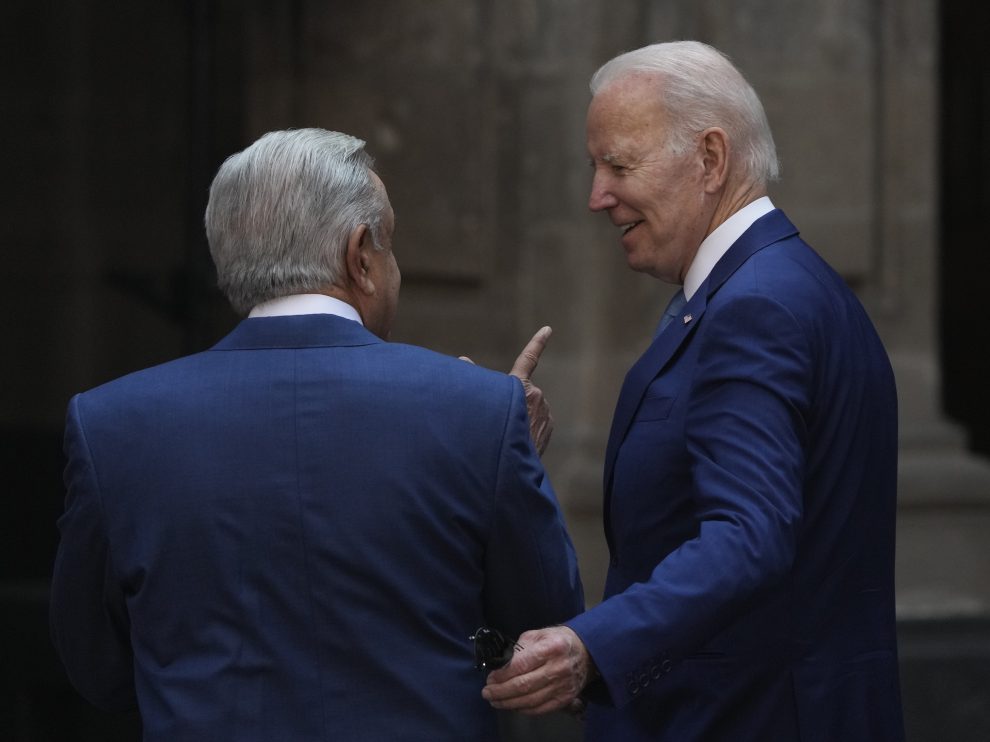 Alongside Biden and Canada’s Prime Minister, Justin Trudeau, AMLO praised Biden’s immediate halt to border wall construction along the southern border. The day after taking office, Biden signed an executive order that stopped all wall construction that had been underway by former President Trump.

“You, President Biden, you are the first president of the United States in a very long time that has not built, not even one meter, of wall,” AMLO said during remarks at the summit. “In that, we thank you for that sir. Although some might not like it, although the conservatives don’t like it.”

Indeed, as Breitbart News has chronicled, the Biden administration has chosen to leave wide holes in the border wall, rendering the barrier useless in many circumstances for Border Patrol agents trying to reduce illegal immigration from Mexico.

Instead, the Biden administration has spent previously-allocated border wall funds on “environmental remediation” projects, even as some 2.6 million border crossers and illegal aliens are projected to be apprehended this year.

While rejecting the benefits of a border wall to stop illegal immigration into the U.S., Biden is spending nearly half a million dollars in taxpayer money to build a security fence around his vacation home in Rehoboth Beach, Delaware.