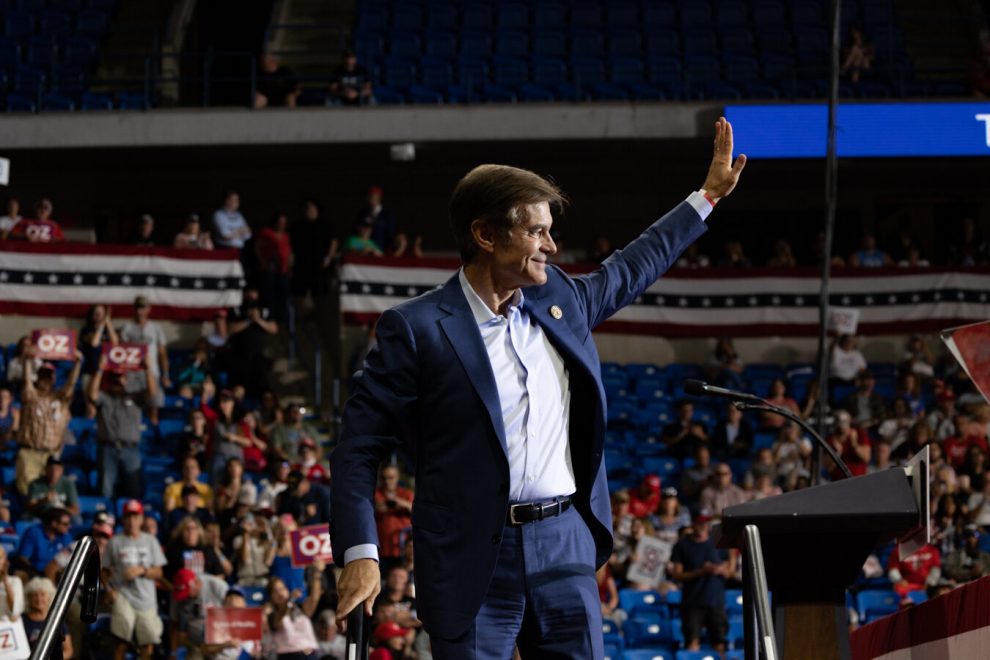 Mehmet Oz, the celebrity doctor and Republican Senate candidate in Pennsylvania, rushed into the crowd to help a woman who collapsed during his campaign rally in Bucks County on Saturday.

Dr. Oz is doing a rally in my hometown tonight in Bucks County, PA. A woman in the audience apparently collapsed and he hoped over the railing to help her as they waited for the paramedics to arrive.

Within thirty seconds of the woman collapsing, Oz reportedly rushed from backstage and hopped over a barrier between him and the crowd to give the woman aid. Oz conducted a “preliminary assessment” of the woman who collapsed, according to Oz campaign spokesperson Brittany Yanick. Oz stayed in the crowd with the woman until medics could put her on a stretcher and wheel her out of the venue.

Oz in the crowd after a woman appeared to collapse at his rally in Bucks County – was apparently tending to her as they waited for paramedics to arrive pic.twitter.com/iEi39Rulzf

The crowd reportedly applauded Oz after his quick leap into action.

Bucks County is FIRED UP for a Dose of Reality tonight! 🔥🔥 pic.twitter.com/INcTMuSzKK

Oz confirmed the woman was doing well later in the rally, according to ABC’s Will McDuffie. “Rita, god bless her, is doing well,” Oz told his supporters.

Medics at a @DrOz event wheeled out a woman who appeared to collapse near the stage. Oz rushed in from backstage and stayed with her until the stretcher came.

“Rita, god bless her, is doing well,” he said when he took the stage later. #PASEN pic.twitter.com/zYUA7Tvg88

Oz is no stranger to using his medical skills to help those in need. In 2015, Oz similarly jumped a railing and aided a woman until medics arrived during one of his promotional events.

A woman fainted. Dr Oz jumped the barrier to help her. This is at least the third time Dr Oz helped someone with a medical emergency his staff said.