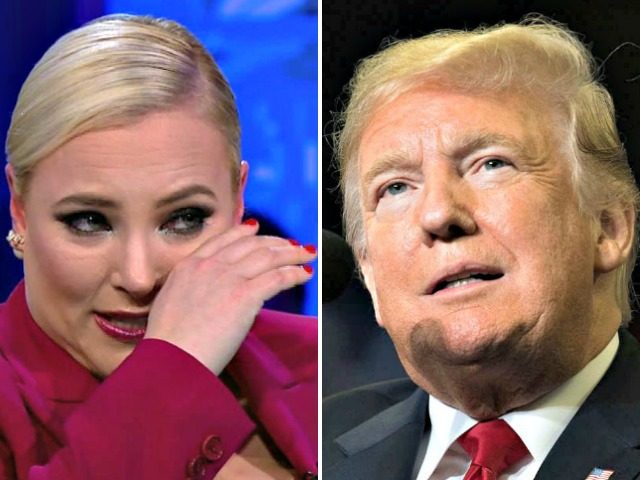 President Donald Trump took to Twitter to slam the late Sen. John McCain (R-AZ) after it was revealed that McCain played a major role in spreading the Russia dossier conducted by the Democratic National Committee and the Hillary Clinton campaign.

Spreading the fake and totally discredited Dossier “is unfortunately a very dark stain against John McCain.” Ken Starr, Former Independent Counsel. He had far worse “stains” than this, including thumbs down on repeal and replace after years of campaigning to repeal and replace!

Meghan McCain also took to Twitter to defend her father’s legacy. Part of her defense also included a word of advice:

No one will ever love you the way they loved my father…. I wish I had been given more Saturday’s with him. Maybe spend yours with your family instead of on twitter obsessing over mine? https://t.co/q7ezwmHiQ4

Sen. McCain defended his decision to turn over documents to the FBI in his book, “The Restless Wave: Good Times, Just Causes, Great Fights, and Other Appreciations.”

According to The Hill, he wrote, he “did what duty demanded” in passing on the documents.

“I discharged that obligation, and I would do it again. Anyone who doesn’t like it can go to hell,” he wrote in the book.

McCain had originally denied being BuzzFeed’s source for the leaked dossier but did confirm he was the one who turned it over to the FBI.

The documents were unsealed as part of a libel lawsuit against BuzzFeed News.

Original story cited here.
→ What are your thoughts? ←
Scroll down to leave a comment: