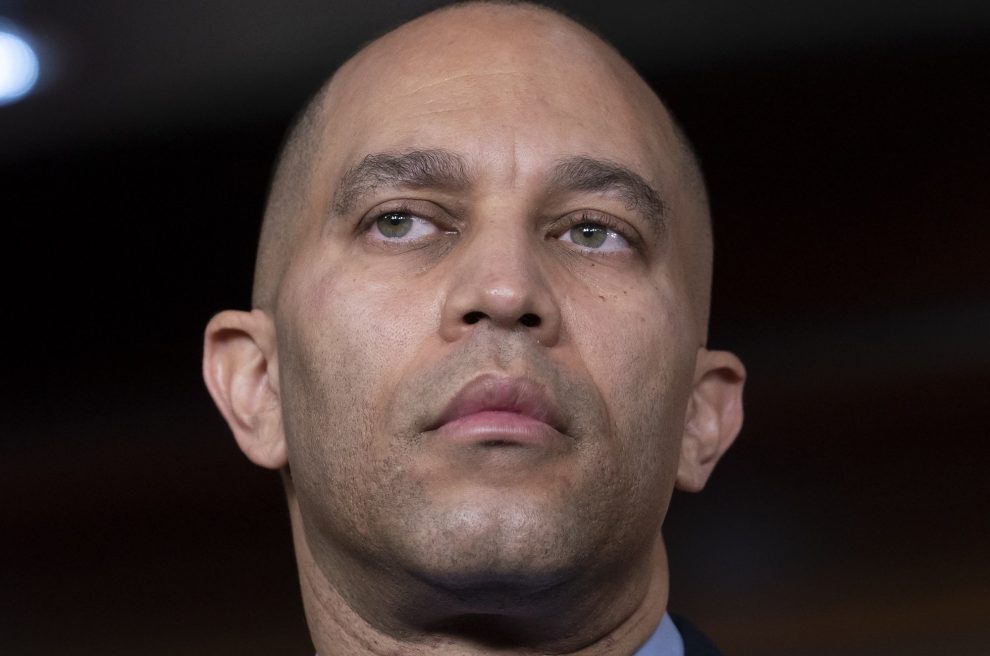 Rep. Hakeem Jeffries (D-NY) appears to be the front-runner to replace Rep. Nancy Pelosi (R-CA) as House Democrat leader, even though he is an election denier.

As a lawyer from central Brooklyn, Jeffries is a self-described far-left Democrat who appears to be angling behind the scenes to win the Democrat House leadership position. He first assumed office in 2013 and has served as the chair of the House Democrat Caucus since 2019.

Jeffries’ presumable succession is notable because Democrats and the establishment have continually labeled some Republican politicians as election deniers. The same standard does not appear to be applied to Jeffries.

Jeffries has denied the outcomes of the 2016 election. In 2020, Jeffries tweeted that former President Donald Trump “will never” be accepted “as a legitimate President.”

“Keep pouting. History will never accept you as a legitimate President,” he tweeted at Trump.

History will never accept you as a legitimate President.

He again tweeted in 2020, “let’s be clear donald. The only person trying to steal the election is YOU. (and your buddies in the Kremlin),” citing a false claim that Trump won the White House due to Russian meddling in the 2016 election.

“The more we learn about 2016 election the more ILLEGITIMATE it becomes. America deserves to know whether we have a FAKE President in the Oval Office #RussianInterference,” he tweeted in 2018:

The more we learn about 2016 election the more ILLEGITIMATE it becomes. America deserves to know whether we have a FAKE President in the Oval Office #RussianInterference https://t.co/x3BHO5CPIm

“LIE (more than any administration in the history of the Republic.) CHEAT (2016 election/Russian Interference). STEAL (one or two Supreme Court seats). When will Republicans put country ahead of party? #CleanUpCorruption,” he tweeted:

If Jeffries becomes the leader of the Democrats in the House, he would likely be pitted against Rep. Kevin McCarthy (R-CA) as House Speaker.