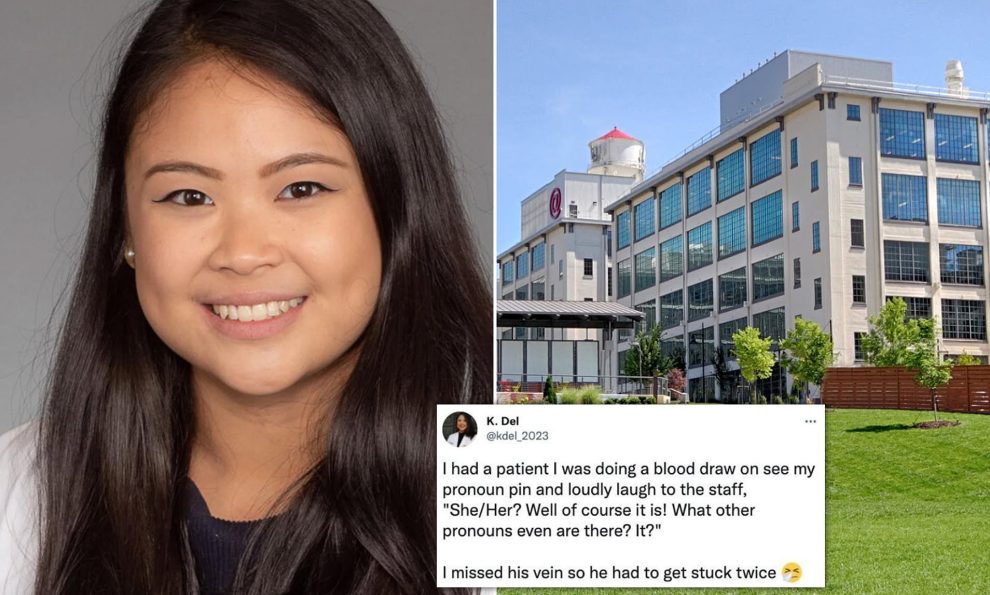 People who work in the medical field make a commitment to uphold ethics and make every effort to avoid inflicting harm on patients. One student from Wake Forest University’s medical school said she betrayed that commitment because she was offended.

On Sunday, Shirlene Obuobi MD posted a tweet about “transphobia” in her line of work. According to Fox News, Obuobi is a Ghanaian-American physician and author, and she is firmly on the political left.

“My badge has had she/her pronouns for a year,” Obuobi wrote on Twitter. “I’m cis, & I wear it to help my patients & colleagues who fall under the trans umbrella feel a little more comfy. In the last few weeks, several cis patients have berated me for it.”

Many people responded to Obuobi’s tweet with their own stories about experiencing “transphobia.” Most of these supposedly horrifying stories would barely raise an eyebrow for many Americans, but if these people want to get worked about it, they have a right to their feelings.

What people do not have a right to do, however, is physically harm someone because they are offended at his “transphobia.” But that is exactly what Kychelle Del Rosario bragged about doing on Twitter.

Del Rosario is a fourth-year medical student at Wake Forest, Fox News reported. In a response to Obuobi’s tweet, Del Rosario shared what she did to a patient who questioned a “pronoun pin” she was wearing.

“I had a patient I was doing a blood draw on see my pronoun pin and loudly laugh to the staff ‘She/Her?’” Del Rosario wrote. “‘Well of course it is! What other pronouns even are there? It?’ I missed his vein so he had to get stuck twice.”

A @wakeforestmed 4th year medical student says she abused a patient because he laughed at her pronoun pin. She has since deleted her account. pic.twitter.com/2m3DsjTFZx

The good news for the patient is that missing a vein is not the most harmful mistake a medical provider could make. Even so, Del Rosario’s willingness to purposely botch a procedure because she did not like something the patient said is incredibly disturbing.

In addition, a guide from North Richmond Community Health in Australia explained that missing a vein can cause medical problems.

“When you miss a vein, the warm, moist and airless space under the skin is the perfect place for bacteria to grow,” NRCH wrote. “Infections and swelling around the injection site can slow the flow of blood and lead to clotting, scarring and the collapse of veins.”

In Del Rosario’s case, she was drawing blood instead of injecting something into the patient’s vein. Still, puncturing someone’s skin in the wrong place on purpose increases the likelihood of infection or other complications.

Even if an infection does not occur, getting poked with a needle is simply not a fun experience, and this patient had to experience it twice because of Del Rosario’s malice. This is unacceptable behavior from a medical provider.

In response to the situation, Wake Forest School of Medicine wrote on Twitter it was “taking measures to address this with the student.”

Thank you for bringing this to our attention. This student’s tweet does not reflect how Wake Forest University School of Medicine treats patients and provides patient care. We are taking measures to address this with the student.

Leftists continually blame conservatives for “raising the temperature” on politics, but this represents a physical attack against a patient solely based on political motivation.

Behavior like this needs to be addressed immediately in order to prevent further harm in the future.