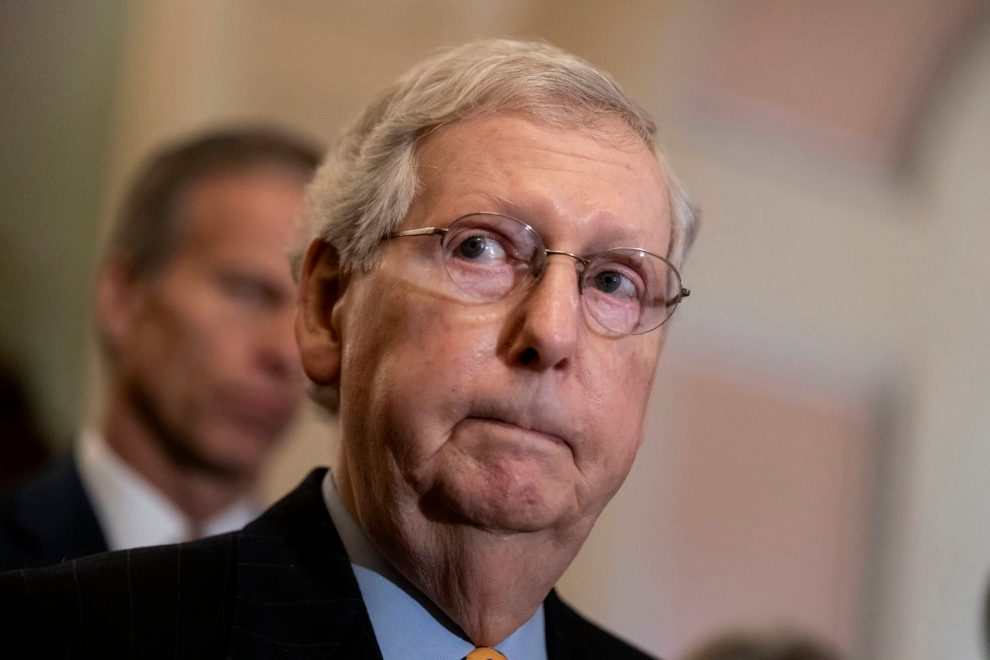 Senate Majority Leader Mitch McConnell, in a scorching floor speech on Tuesday, accused Democrats of rooting for a “national crisis” for political gain as he appealed to lawmakers to move on from the Russia controversy now that Special Counsel Robert Mueller’s report is complete.

Coming as Democrats clash with Attorney General Bill Barr over his handling of the report while using the findings to fuel their own investigations, McConnell suggested the political debate has shifted from the real problem of Russian interference in the 2016 election.

“Many Americans were waiting to see how their elected officials would respond,” McConnell said. “With an exhaustive investigation complete, would the country finally unify to confront the real challenges before us? Would we finally be able to move on from partisan paralysis and breathless conspiracy theorizing? Or would we remain consumed by unhinged partisanship, and keep dividing ourselves to the point that Putin and his agents need only stand on the sidelines and watch as their job is done for them?”

McConnell said, “Regrettably, I think the answer is obvious.”

McConnell chastised his Democratic colleagues for extending the political battle over the Russia case, while suggesting they wanted the Mueller report to reveal illegal collusion between the Trump campaign and Russia.

“They seemed to be hoping for a national crisis for the sake of their own politics,” he said.

McConnell said that the Obama administration let Russia “get away with almost anything,” and that he’s glad the Mueller investigation dug into Russian election interference.

Yet, McConnell said, Democrats are unwilling to accept the investigation’s conclusion that there was no evidence of an illegal conspiracy between the Trump campaign and Russia. Instead, he claimed, they are continuing to go through “the five stages of grief,” including denial with regard to Mueller’s findings and anger toward Barr for how he’s handled the release of Mueller’s report. House Democrats currently are weighing whether to formally accuse Barr of contempt of Congress for not cooperating with their subpoena for Mueller report files.

“They seem to be angrier at Bill Barr for doing his job than they are at Vladimir Putin,” McConnell said. He accused Democrats of slandering Barr because they don’t like how the Russia investigation turned out.

Democrats, though, maintain there’s still more to learn from the Russia probe, especially surrounding the question of whether President Trump obstructed justice.

Moments after McConnell spoke, Senate Minority Leader Chuck Schumer, D-N.Y., cited the obstruction issue — as well as a fresh statement from hundreds of former prosecutors saying Trump’s conduct would be chargeable if he weren’t president — in defending Democrats’ efforts.

Democrats have alleged that Barr’s initial four-page letter to Congress when Mueller’s investigation ended selectively quoted Mueller’s report, presenting a technically accurate but incomplete picture of the investigation’s findings. In the hours prior to the report’s release to the public, Barr held a press conference that also drew backlash, as he explained the reasoning behind the decision from himself and Deputy Attorney General Rod Rosenstein that there was insufficient evidence to pursue an obstruction charge against Trump.

After the press conference, Barr was accused of acting as Trump’s lawyer, not the country’s attorney general.

McConnell did not appear to find this to be a valid reason for criticism.

“Russia sought out to sow discord,” he pointed out. “But on that front, given the left’s total fixation on delegitimizing the president … I”m afraid the Russians hardly need to lift a finger.