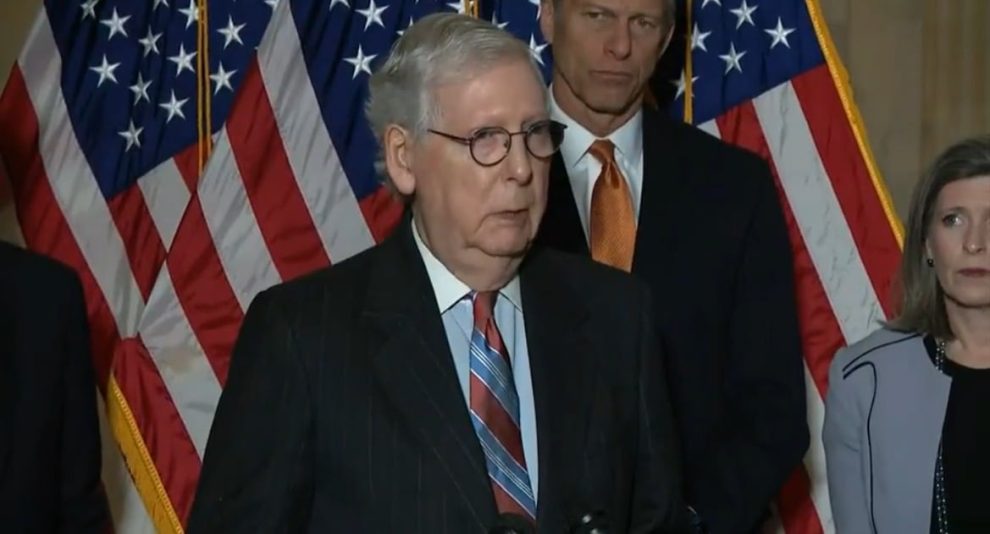 On Tuesday, after a week of counting ballots in an obviously fraudulent election where Republican voters were blocked from voting when they went to the polls, Blake Masters conceded his race to far left Democrat Mark Kelly in Arizona.

Arizona was a dependable red state until Democrats and secret sleeper Republicans turned the state over to mail-in voting, ballot harvesting, and broken and fraudulent voting machines, and election tricks by the communist left.

In his online statement, Blake Masters pointed out that he was outspent by $70 million dollars in his race. Blake spoke out about it last week on Tucker Carlson, urging Republican senators not to vote in this horrible man to lead the caucus after he purposefully lost the Senate for the Republican Party.

According to Open Secrets the Senate Leadership Fund, the Republican Senate Super PAC, brought in $250 million this midterm election cycle.

At the end of the cycle, the Senate Leadership Fund still had $40 million in its coffers. So Mitch McConnell left $50 million in his war chest and allowed good Republicans, Blake Masters and others, to fend for themselves.

Today Republican Senators again voted for Mitch McConnell to lead them.
They really do hate their voters.