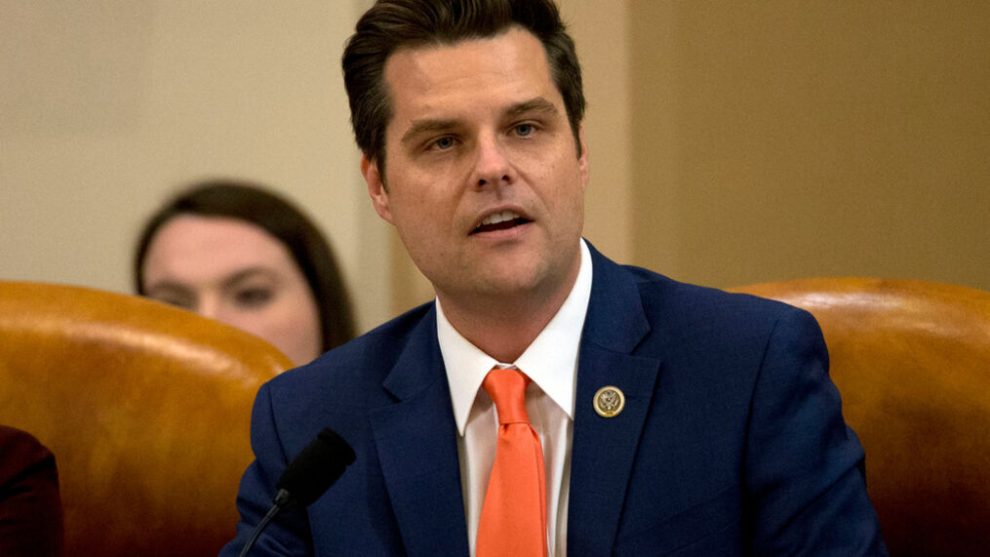 Usually when a writer writes, “it was like a 15-round fight,” they’re engaging in hyperbole—but as RedState’s Nick Arama reported, Friday night’s vote for Speaker of the House did indeed go 15 rounds before Kevin McCarthy finally won after facing a rebellion from 20 Republicans who initially refused to vote for him. It was the longest speaker battle since 1853.

California’s McCarthy finally won the speakership, but Florida congressman Matt Gaetz may have won the war. He was the leader of the pack of holdouts, along with Colorado’s Lauren Boebert and Arizona’s Andy Biggs, and for a brief moment in time, they held the future one of the three branches of government in their hands. All eyes looked to them as their yay or nay could change the course of the future.

In fact, the moment was so tense that a fight almost broke out when Mike Rogers of Alabama seemed to lose his cool, as Arama reported.

It was after the 14th vote that Gaetz apparently had a change of heart, approaching McCarthy and saying something which seemed to invigorate the candidate who immediately started animatedly advocating other members to vote “no” on adjourning for the night.

The subsequent vote nuked the motion to adjourn, and after 14 failures, McCarthy finally inched across the finish line with a vote of 216-212 (the 212 going to NY Democrat Hakeem Jeffries) with five voting present, including Boebert and Gaetz.

He is now the Speaker of the House.

Here is a list of the concessions Gaetz made McCarthy agree to pic.twitter.com/8avY10pyBX

It was an action-packed night on C-SPAN, as Nick Arama reported, explaining how the vote to adjourn was pulled back from the brink:

Gaetz and McCarthy seem to have come to some sort of agreement. Gaetz, who had voted to adjourn, pulled that back and voted “no,” so they could continue the vote. It was a sign McCarthy didn’t need more time to whip votes.

You may or may not like Matt Gaetz, Lauren Boebert, and the Freedom Caucus, but one thing is for sure: they flexed their muscles this week, and they are going to be a force to be reckoned with.