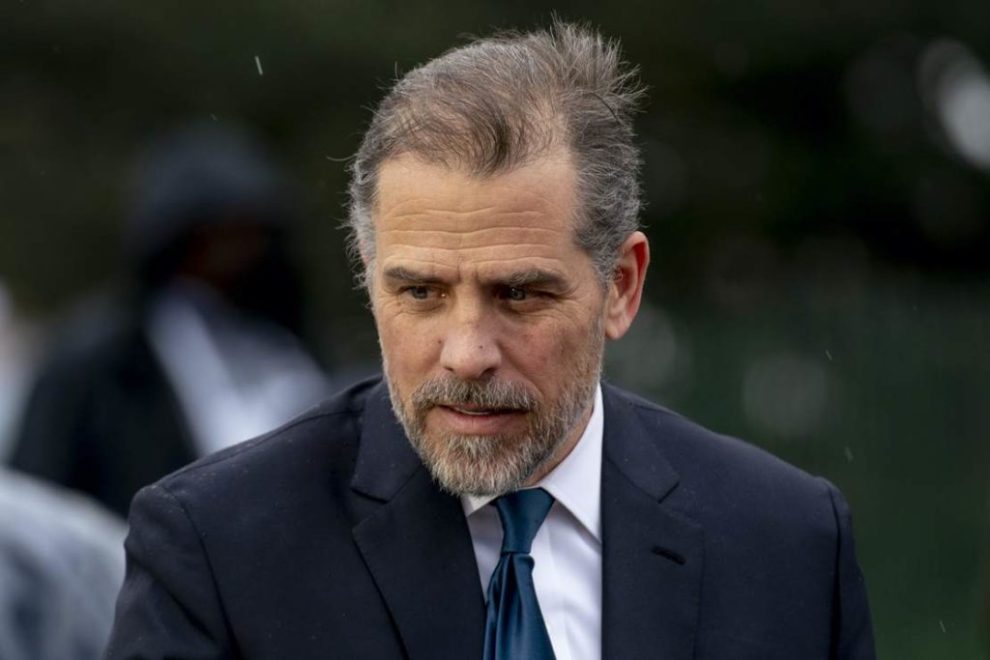 Amid calls that he sucks and should be replaced, House Minority Leader Kevin McCarthy (R-CA) says he’ll subpoena the 51 former intelligence officials who said the New York Post’s bombshell report on the Hunter Biden laptop had ‘all the classic earmarks of a Russian information operation.”

“Those 51 intel agents that signed a letter that said the Hunter Biden information was all wrong, was Russia collusion, many of them have a security clearance,” McCarthy told Fox News on Saturday. “We’re going to bring them before a committee. I’m going to have them have a hearing​,​ bring them and subpoena them before a committee. Why did they sign it? Why did they lie to the American public?”

McCarthy – former roommate of liberal pollster (and Hunter Biden pal) Frank Luntz – has faced strong opposition to his bid to become the next Speaker of the House, particularly from Rep. Matt Gaetz (R-FL), so you’ll understand our skepticism over his ‘vow’ to get to the bottom of the 51 former senior intelligence officials.

Former CIA Director John Brennan and ex-National Security Council Director James Clapper were among a group of former intelligence officials who signed a statement days after the expose, claiming it “has all the classic earmarks of a Russian information operation.”

​McCarthy questioned the move. “Why did you use the reputation that America was able to give to you … but use it for a political purpose and lie to the American public?” he said on Fox.

Republicans are preparing to launch a number of investigations into the Biden family as a result of The Post’s reporting about Hunter Biden’s overseas business relationships while his father was vice president in the Obama administration. -NY Post

Two weeks before the 2020 election, 51 US Security State operatives signed a letter affirming a clear lie: the Biden archive was Russian disinformation.

Almost all were CIA, including 3 of Obama's CIA Directors, plus Bush/Cheney's chief of CIA and NSA, and Obama's DHS head. https://t.co/mrldzAKOsq

The 2 worst media offenders in spreading this lie were NBC and CNN. They put one liar after the next on to say this laptop was forged and came from Russia. @RepAdamSchiff as usual, took the lead in lying. He should be removed from the Intel Comm for this:https://t.co/o6CCIhcSTm

Even the media outlets liberals most revere have now stated authoritatively that the laptop was genuine all along: NYT, WPost, CNN, CBS, etc. As a result, Twitter now has appended to those who spread the lie — such as @jrpsaki — notes that theirpre-election claims were false. pic.twitter.com/wuwdVix963

2 surreal jokes about left-liberals insisting we all must vote Dem to "stop fascism":

1) They want to unite state and corporate power to censor the citizenry.

2) They *support this brazen and illegal interference in US elections by CIA, because – by design – it helped Dems win.