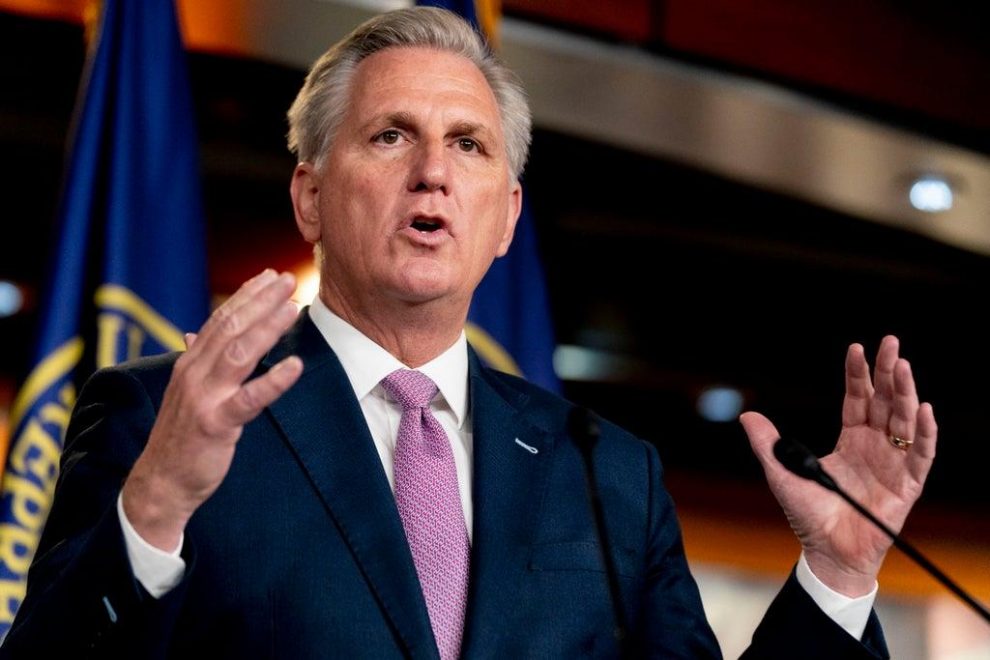 House Minority Leader Kevin McCarthy, R-Calif., announced on Tuesday that he will oppose a bipartisan agreement on a commission to investigate the Capitol attack, saying it would be “duplicative and potentially counterproductive.”

Although the leading Democrat and Republican on the House Homeland Security Committee made a deal to create a 9/11-style commission last week, McCarthy said in a statement on Tuesday: “While the Speaker has wasted time playing political games, numerous Congressional and intergovernmental agency efforts have picked up the slack.”

He added, “Given the political misdirections that have marred this process, given the now duplicative and potentially counterproductive nature of this effort, and given the Speaker’s shortsighted scope that does not examine interrelated forms of political violence in America, I cannot support this legislation.”

McCarthy also said that “the renewed focus by Democrats to now stand up an additional commission ignores the political violence that has struck American cities, a Republican Congressional baseball practice, and, most recently, the deadly attack on Capitol Police on April 2, 2021.”

Sen. Roy Blunt, R-Mo., who is the ranking member of the Senate Rules Committee, told NBC News that he thinks a commission is unnecessary.

“I think a commission likely becomes another reason not to make the decisions that in my view we should be making right now about police recruiting police training, the problems with the Capitol Police board, none of those circumstances are going to change,” Blunt said. “In the likely months it would take for a commission to come back and report.”

House Speaker Nancy Pelosi, D-Calif., said that the vote will take place regardless.

“I am very pleased that we have a bipartisan bill to come to the floor,” Pelosi told NBC News, adding that it’s “disappointing but not surprising that the cowardice on the part of some on the Republican side — not to want to find the truth.”

Rep. Jason Crow, D-Colo., added to CNN last week that “Kevin McCarthy has made it very clear that he’s going to continue to carry water for Donald Trump, and even if that means trying to whitewash what happened on January 6 or try to get money, by bringing in other unrelated activities or incidents — I do have concern about that.”

McCarthy told CNN earlier this week that “It would have been nice to actually sit down and work with,” Pelosi on a deal “so you can do Jan. 6, you could do what’s happening there, you could do whatever is causing it. Wouldn’t you want, if this is going to be used to ask for funding to make sure the Capitol is safe, why wouldn’t you look at everything? That’s all I’m saying.”