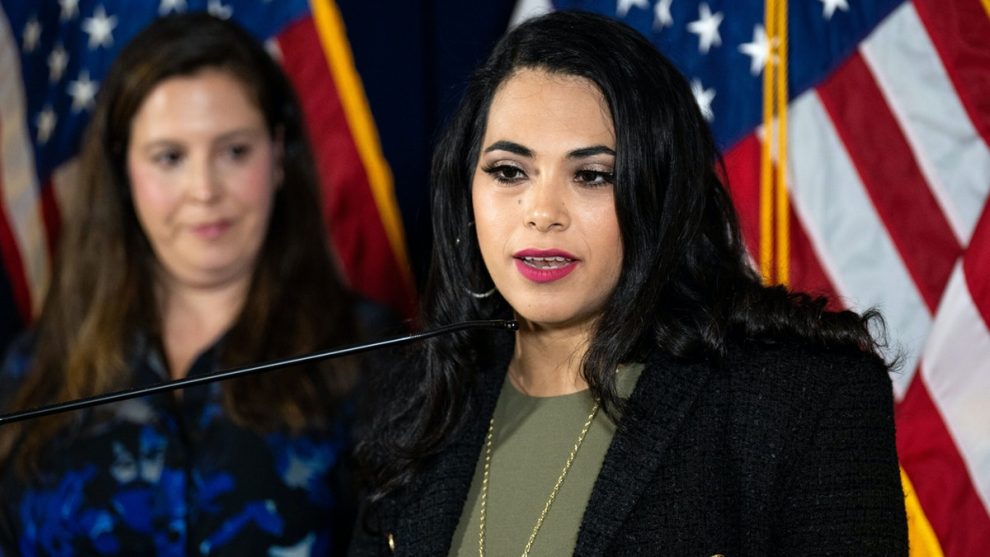 As RedState reported, Democrat Rep. Vincente Gonzalez was caught paying a blogger to write racist posts attacking Rep. Mayra Flores, who recently won TX-6 in a special election. That district had previously been held by Democrats for over 100 years, marking a ground-shaking shift among the area’s electorate.

Flores’ unexpected success has made all the right people mad, and Gonzalez’s desperate attempt to trash her from underneath the table quickly backfired. He issued a hurried “apology” in front of the Capitol Building on Wednesday, admitting to what he had done while weaseling out of accepting responsibility.

Later in the day, Gonzalez decided to double down, though. He put out a sarcastic statement “apologizing” while ranting about…Donald Trump? No, I’m not kidding. This guy actually thinks shouting “Trump” over and over is going to win his election for him.

Of note is that he’s lying. The website in question doesn’t even have ads on it, and Gonzalez’s prior admission made it clear that he had editorial control of what the blogger was putting out, including the racist attacks. His decision to backtrack and outright lie about the situation is a strategic blunder, and it’s one that Flores will be able to capitalize on as she attempts to win a newly redrawn district that favors the Democrat candidate.

For her part, Flores responded to Gonzalez’s statement by dropping him to the mat.

Also, the racist pervert you hired to target me with filth has ZERO space on his “blog” for ads, so we know this is a lie.

If you were a real man, you would apologize in person and resign. Pero eres poco hombre. #CreepyChente https://t.co/5yvTvpng2o

For those who don’t speak Spanish or don’t know how to use google translate, Flores calls Gonzalez a “little man” after pointing out that he’s too much of a coward to just offer a real apology. She’s correct. Gonzalez’s disgusting attacks by proxy, which he is now trying to dishonestly disown, have exposed the kind of person he really is, and you can bet voters are paying attention in a place like South Texas.

Flores going so far as to call for her opponent, who is also an incumbent House member, to resign is nice to see as well. Republicans need to take the gloves off with Democrats who try to play underhanded games like this. The reflex of talking about Donald Trump only makes Gonzalez look weaker and more pathetic. He’s got nothing to run on and he knows it. Meanwhile, Flores continues to land blows in response to his flailing.

The smart move for Gonzalez at this point would be to back off and reset his messaging. He’s obviously not smart enough to do that, though, and I sincerely hope that Flores shocks the world again by rolling him in November.