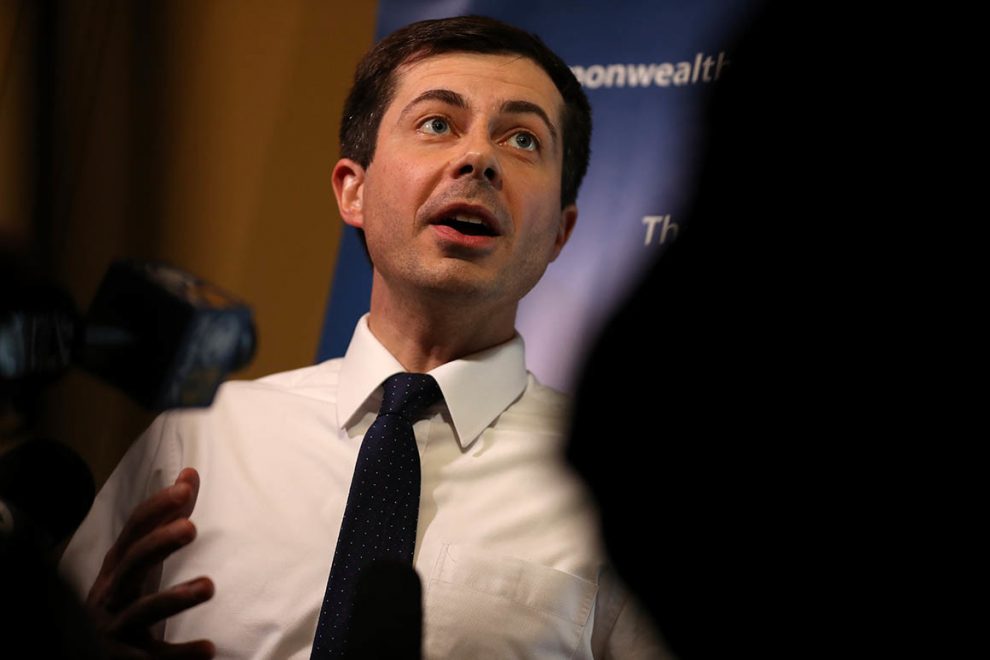 Democrat strategist Garry South has watched the Buttigieg wave break on California shores. “I think the amazing thing is that nobody is ceding California to Kamala Harris … no one is abandoning California to the native daughter — which tells you something,’’ he said. “Why would he come out here and spend four days if he thought she had California locked up?”

Even Los Angeles Mayor Eric Garcetti seems torn by the developments, although his commentary would suggest that he sees the writing on the wall. “I love Kamala Harris, she’s a dear friend,’’ he hedged, but said Buttigieg “is one of my closest mayor friends.”

“Mayor Pete is the flavor of the month, he’s really excited people, particularly in the LGBT community,’’ Los Angeles attorney Jessica Levinson said, though she admitted “[Harris] actually has more specific policies than he does.”

Melissa Rivers, star of Fashion Police and The Apprentice, agrees, though she is herself a staunch supporter of former Vice President Joe Biden. “[Buttigieg] does interest me, because he’s so multifaceted,” she said.

Susie Tompkins Buell, a major Democrat donor and friend of Hillary Clinton, previously came out strong in support of Harris’s candidacy. Now she is wavering. She has announced that she will be fundraising for Buttigieg. “He adds a rich, deep, thoughtful and resonant voice to the conversation and it’s evident that the country is responding to him,” she wrote in an April e-mail to friends and allies. “He is a special guy and formidable candidate.”

“We have a lot of people who are very candidate curious,’’ Mayor Garcetti concluded. “Kamala has a ton of love up and down the state, but people might say, ‘That doesn’t mean I’m not going to shop around … Maybe I’ll keep her as my senator and go with somebody else as president.’”